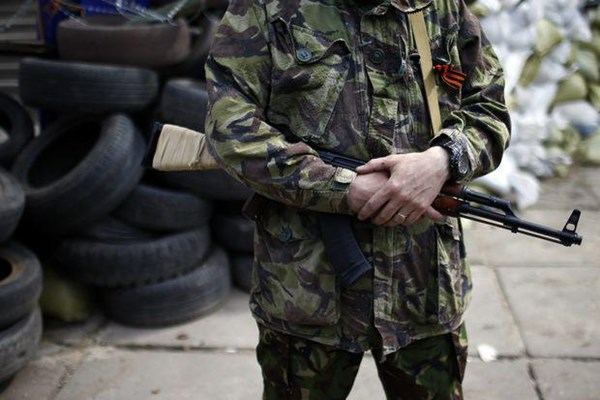 The administration of the Abkhazian President, Raul Khajimba, accused members of the so-called Donetsk People’s Republic (DPR) of the coup attempt, reports Interfax.

Abkhazia’s officials are trying to determine how these people arrived and stayed in the region.

According to the publication Echo of the Caucasus, one of the organizers of the rally on January 8-9, which led to protesters capturing Khajimba’s administration office, was Ahra Avidzba, aka "Abkhaz" who fought against Ukraine as part of the so-called "Pyatnashka" battalion (15th DPR international brigade).

Avidzba came to the Donbass in the summer of 2014 and until 2016 was the commanded of the Pyatnashka battalion. He was awarded the title of "hero of the DPR."

Avidzba said in a commentary to the Russian news agency TASS that the action in Sukhumi was also connected with the fact that one of Khajimba’s security officers was among the three people detained on suspicion of a high-profile murder committed in November 2019. Then unknown masked men opened fire on the visitors in the restaurant "San Remo", as a result of which two criminal bosses (one of them Avidzba’s brother), were killed, and a waitress was fatally wounded.

The parliament of Abkhazia, under the pressure of protesters, demanded that Khajimba resign. Khajimba refused but expressed readiness for negotiations.

The territory of Abkhazia and the Tskhinvali region was officially declared as occupied by Georgia after the hostilities between Russia and Georgia in August 2008. Then, the Russian Federation recognized the independence of these Georgian regions and moved additional troops and weapons there.

Tbilisi severed diplomatic relations with Moscow in August 2008 after Russia recognized the sovereignty of Abkhazia and South Ossetia. The European Union also does not recognize the independence of South Ossetia and Abkhazia, declaring support for the territorial integrity and sovereignty of Georgia.