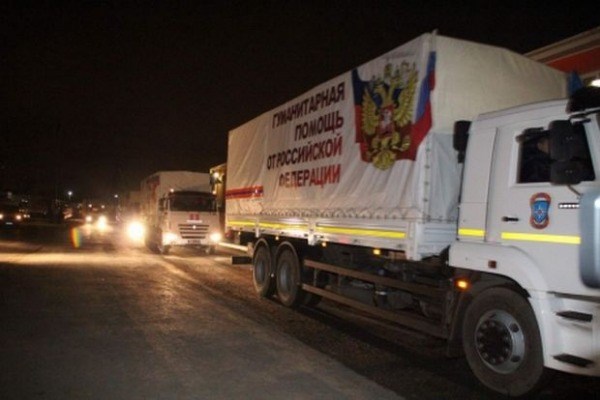 According to the press service of the Ministry of Foreign Affairs of Ukraine, on October 25, Russia once again sent two convoys into the territory of Donbas under the guise of the so-called "humanitarian cargo".

"On October 25, Russia illegally sent two convoys of cars which crossed closed Izvaryne and Uspenka border checkpoints into the territory of Ukraine under the pretext of delivering the so-called" humanitarian aid "to the residents of the Russian occupied Donetsk and Luhansk regions ", noted the Ministry.

The Foreign Ministry of Ukraine notes that Russian cargo was transferred in violation of the norms and principles of international law, existing bilateral agreements, Ukrainian legislation and previously agreed on modalities for the delivery of humanitarian goods. Russia violated the requirement for the humanitarian aid to be accompanied them by the representatives of the International Committee of the Red Cross as well as undergo a mandatory clearance by representatives of Ukraine’s border and customs authorities.

Earlier, the Principal Deputy Chief of the OSCE Special Monitoring Mission to Ukraine, Alexander Hug, said that the monitoring mission regularly sees convoys of vehicles coming from Russia to the Donbas.