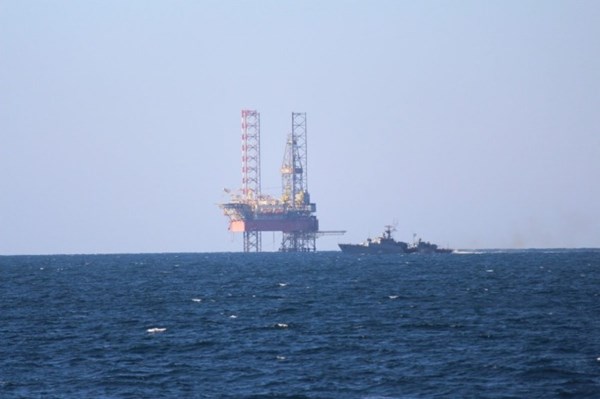 Ukrainian border guards, while on patrol, approached a drilling rig which was seized by Russia during the annexation of the Crimea. Russian ships from the Black Sea Fleet and the Coast Guard Service of the FSB immediately confronted them, reported the press service for the Ukrainian State Border Service.

“During a planned patrol the ship Nikolaev together with border service aircraft Diamond once again recorded events confirming illegal activities in the maritime economic zone of Ukraine. Self-lifting drilling rig Petro Hodovanets, which was illegally seized in 2014 and later renamed by occupying authorities as “Crimea-2,” was moved from Holitsynsky to Shtormove gas condensate field,” reads the message.

As reported, materials regarding the illegal actions of Russia in the economic zone of Ukraine were sent to the military prosecutor's office, the prosecutor’s office of the Autonomous Republic of Crimea, the Ukrainian Security Service.