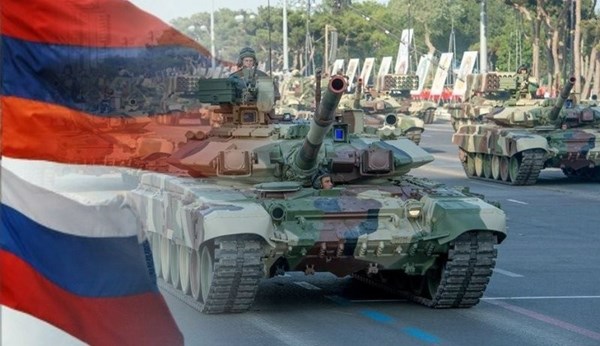 On October 31, Armenian Prime Minister Nikol Pashinyan sent a letter to Russian President Vladimir Putin asking for help because of the war with Azerbaijan, reported the Armenian Foreign Ministry.

In the letter, Pashinyan requested consultations to determine the type and amount of assistance Russia can provide to Armenia to "ensure its security."

The Armenian Foreign Ministry noted that a number of articles of the treaty require concrete actions in the event of an armed threat or an act of aggression against each other's territory.

The Russian Foreign Ministry responded that Russia reaffirms its commitments to Armenia, including those stipulated in the Friendship, Cooperation and Mutual Assistance Treaty which was concluded on August 29, 1997.

At the same time, the Russian Foreign Ministry said that Russia "will provide Yerevan with all necessary assistance if the fighting moves directly to the territory of Armenia."

The Russian Federation called on the parties to the conflict in Nagorno-Karabakh to immediately stop hostilities, de-escalate tensions and return to substantive negotiations in order to reach a peaceful settlement based on the basic principles in line with the agreements reached in Moscow on October 10.