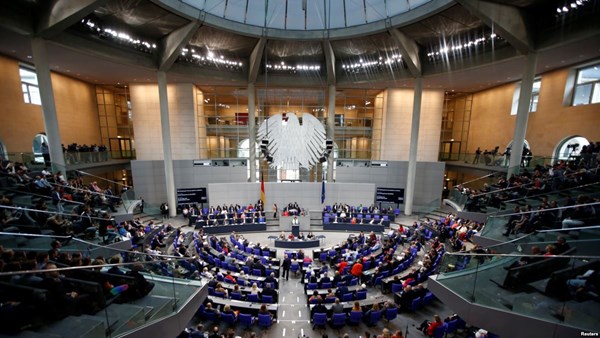 A special meeting of the relevant committee devoted to the hacking attack on Germany’s government network will take place in the Bundestag, DW reports. According to the sources of the agency, the cyber-attack lasted until February 28.

"The successful cyber-attack clearly indicates that the government’s digital networks are not sufficiently protected. Since this data is very important, the situation is unacceptable," Committee spokesman Manuel Höferlin said.

Representatives of the German Ministry of Interior, Ministry of Defense, Ministry of Foreign Affairs and State Services for Digital Security are expected to be present at the meeting to explain how the incident could have been allowed to happen.

Posting on Twitter, the speaker on IT from the Social-Democratic faction, Jens Zimmermann called on the Federal Government to provide the Bundestag with full information on the cyber-attacks. The Green party faction voiced similar appeals. Green party deputy leader Konstantin von Notz expects that the Government will clarify which data was under attack and "how bad the situation with IT-security in the country is."

Earlier, APT28 hackers broke into the so-called "Information Network Berlin Bonn" (IVBB) used by the German Chancellor’s Office, Federal Ministries and Security Services and the Bundestag and Bundesrat. The servers attacked were thought to be well protected from external attacks.

Western IT-experts connect the APT28 group to Russia but there is no clear evidence of a "Russian trace." APT28, also known as Fancy Bears, attacks many government, informational and military networks. The group is suspected of launching a large-scale cyber-attack on the internal network of the Bundestag in May 2015.

The attackers got access to 14 servers, including the main server of the system with all data for access to the internal network of the Parliament at the time. German security services assume that hackers associated with the Russian government are behind it.