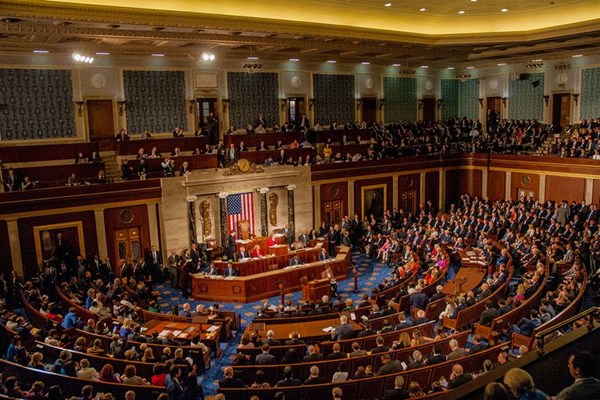 Congressmen who lead the support group for Ukraine in the US Congress urged US President Donald Trump "to stand shoulder-to-shoulder with our NATO allies in the face of continued threats from Russia and its aggression in Ukraine."

Radio Liberty reports that the joint statement by Congressional Democrats Marcy Kaptur and Sandy Levin and Republican Congressman Brian Fitzpatrick was motivated by the outcome of the joint press conference of Presidents Donald Trump and Vladimir Putin in Helsinki.

"As co-chairs of the bipartisan Ukraine Caucus, we are deeply troubled by the President’s subservient behavior towards President Putin. The United States must never tolerate actions that seek to weaken democratic institutions in the US and our allies abroad,” the statement read.

The Congresspersons stressed that “Russia’s illegal invasion of Ukraine and its assault on peace and security in Europe has led to the death of thousands of Ukrainians and the displacement of millions.”

They also drew attention to Russia’s attacks against Ukraine’s sovereignty. "We are also concerned that the President did not condemn the Russian government’s assault on Ukraine’s sovereignty, including cyber-attacks on its institutions, aggression in the Donbass region, and the illegal occupation of the Crimea.”

Earlier, it was reported that Senate Democrats intend to call in an interpreter who was present at the meeting of the Presidents of the USA and Russia in Helsinki in order “to find out what the Presidents were discussing in private."

Trump ignored most of the proposals made to him regarding his meeting with Putin in Helsinki. Republican US Senator John McCain said on Monday that Trump’s meeting was “a tragic mistake” and a new low point for the United States. Former CIA director John Brennan also negatively assessed the negotiations.