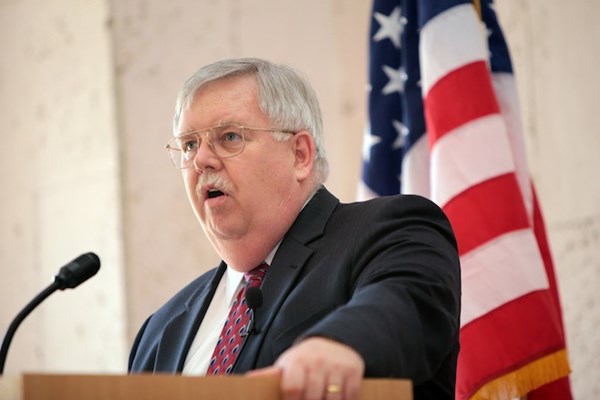 The US has not declassified available evidence that the Malaysian Boeing from July 2014 was shot down from separatist-controlled territory in eastern Ukraine's Donetsk region, as US intelligence agencies are interested in keeping their sources of information secret, as stated in an interview with the radio station Ekho Moskvy (Echo of Moscow) by the US Ambassador to Russia, John Tefft.

"There are sources and methods which they won't talk about. And it seems to me that any intelligence agency wouldn't talk about it. Once you open it, you could put the source of the information in danger, and no one would do that; the Russians also wouldn't do it," Tefft said.

The Ambassador noted that the intelligence agencies presented the evidence in the US Senate and the House of Representatives.

"The evidence was presented to representatives of the American people in the Senate and in the House, and they nearly unanimously voted for sanctions. Nobody asked questions. I know from colleagues, that the evidence was conclusive," asserted Tefft.

The diplomat recalled that an investigation by the Dutch commission confirmed that the airliner had been shot down by a Buk anti-aircraft missile system that Russia had provided to militants in the Donbas.

"It seems to me that the Dutch authorities and their investigation very much made it clear. There is a video - I do not remember on which website it posted - where it is clear when precisely the Russian installation crossed the territory and then went back, and during this time one of the rockets goes missing," Tefft noted.

It was earlier reported that international expert-journalist group Bellingcat had released a new photo confirming that the Buk anti-aircraft missile system, which hit the Boeing 777 in the sky over Ukraine during the summer of 2014, was assigned to a Russian brigade.