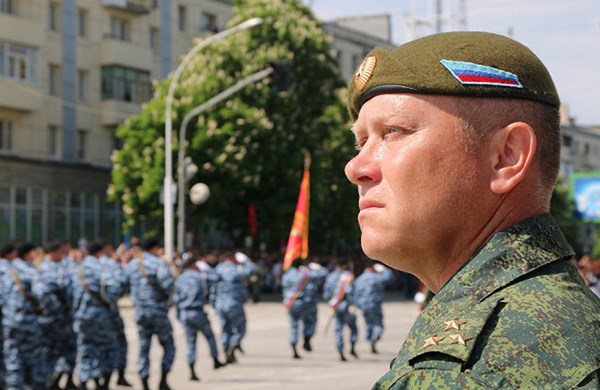 Ukrainian Interior Ministry spokesman Artem Shevchenko, speaking on the occasion of the anniversary of the crash of the Ukrainian military aircraft Il-76, which was shot down by militants on June 14, 2014, said that Ukraine carried out a special operation in revenge for this large-scale tragedy.

"Today, many people recalled in mourning the tragic deaths in the downed transporter Il-76 near Luhansk airport. 49 of our soldiers: 9 crew members and 40 paratroopers of the 25th brigade ... So, the state avenged for their deaths. Not immediately, really, but the punishment inevitably came. On February 4, 2017, in Luhansk, as a result of an operation of Ukrainian special services with the help of army special forces, the colonel of the terrorist group, the head of the so-called "LPR people's militia", Oleg Anashchenko was killed by an explosion," Shevchenko wrote on Facebook.

According to Shevchenko, in June 2014, it was Anashchenko who commanded the air defense of Luhansk militants and was directly responsible for the crash of the Ukrainian plane.

Ukrainian Il-76 was shot down by pro-Russian militants at 00:51am Kyiv time, on June 14, 2014, as it was preparing to land at Luhansk airport. The plane was carrying Ukrainian military to Luhansk airport to protect it from the militants.

Earlier, the Security Service of Ukraine (SBU) said that there is "irrefutable evidence" of Russia's involvement in the crash of Il-76. The decision to shoot down the plane "was taken in the Kremlin" and was carried out by a " contractor unit of the General Staff of the Russian Armed Forces, known as Wagner Group private military company," Kyiv said.