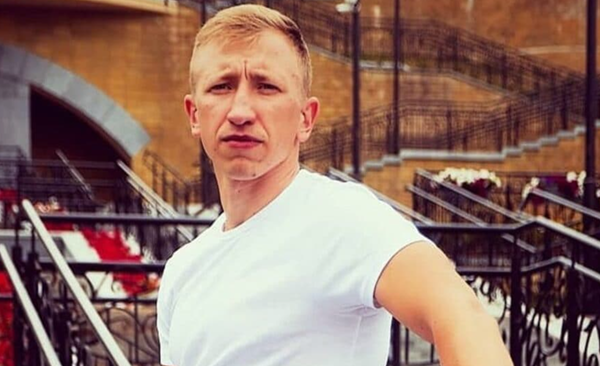 The director of the public organization "Belarusian House in Ukraine", a citizen of Belarus Vitaly Shishov, who earlier disappeared in Kyiv, was found hanged in one of the parks near his home.

According to Kyiv’s Police, the investigators removed Vitaly's mobile phone and personal belongings from the scene.

"The police have begun criminal proceedings under Article 115 of the Criminal Code of Ukraine (premeditated murder) and will check all scenarios, including murder disguised as suicide. The full picture of the events will be established after the questioning of witnesses, the analysis of video recordings from the cameras of the Safe City system, the examinations and investigative experiments," the sattement reads.

The Kyiv police appeals to everyone who knew Vitaly Shishov, with a request to provide information about the last weeks of his life, his psycho-emotional state, possible threats.

The disappearance was announced by Vitaly's colleagues. On Monday, August 2, 26-year-old Shishov went for a morning run and since then the contact with him was lost.

Members of the organization tried to find their friend on their own but were unsuccessful. Subsequently, law enforcement officers joined the search.

The Belarusian House in Ukraine claims that Vitaly Shishov was followed, and the police knew about it.

"Vitalik was under surveillance. This was reported to the police. Also, we were repeatedly warned by both local sources and their people in the Republic of Belarus about all sorts of provocations before the abduction and murder. Vitaly took these warnings with humor, saying that perhaps at least the Belarusian House in Ukraine will come out of the information vacuum, " the Belarusian House in Ukraine said in a message on Telegram.

The organization is convinced that Shishov's death is "an operation planned by the Chekists to eliminate the Belarusian who is really dangerous for the regime," and said that they will continue to seek to establish the truth about the death of Vitaly.

26-year-old Vitaly Shishov is one of the founders of the Belarusian House in Ukraine. He was forced to move to Ukraine in the fall of 2020 after participating in protests in August and actively confronting Lukashenko’s regime.

The The Belarusian House in Ukraine noted that in this organization Shishov "was involved in absolutely all spheres of activity": assistance to Belarusians who relocated to Ukraine, holding actions against the Lukashenko regime, appealing to state bodies to promote bills that help his compatriots, the formation of Belarusian diaspora in Ukraine.

The representative of the "Belarusian House in Ukraine" Yuri Shchuchko said on air of the Current Time TV channel that Shishov was found hanged with traces of beating on his face.

"Svyatoshinsky Park was surrounded by the National Guard of Ukraine. Investigative actions are being carried out. We called an ambulance for his girlfriend. Vitaly and I have known each other for a long time, in fact, from the first day of his arrival in Ukraine," Shchuchko said.

Shchuchko said that he went out with Vitaly’s friends trying to find him. The police have already interviewed local residents. When we came to the park, we found Shishov's body.

"It's an old scheme. The man is hanged with marks of beatings on his face. Nothing was stolen. He was in ordinary clothes, in which people play sports, he had only a phone with him," Shchuchko said.

According to him, all active members of the Belarusian House in Ukraine received information that "people from the Special Operations Forces and other units of Belarus are arriving in Ukraine for their physical elimination."

"SBU (Ukrainian Security Service) also had such information. They told us to be more careful, because there is a network of KGB agents of Belarus, and anything is possible. Vitaly asked me to take care of his loved ones. He had a strange premonition," Shchuchko said.