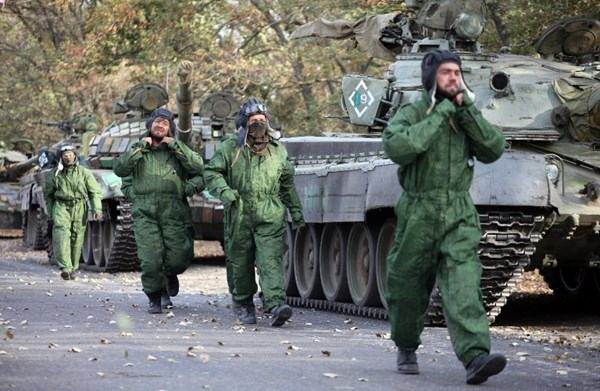 More than 50 Moldovan mercenaries are fighting in the east of Ukraine for Russian for the so-called Luhansk People’s Republic (LPR) and Donetsk People’s Republic (DPR), reported the Moldovan publication Ziarul de Garda with a reference to data from the Security and Intelligence Service of Moldova (SIS). However, according to unofficial data, the number of Moldovan mercenaries in Donbass is close to 100 people.

As journalists note, mercenary activity in Moldova has intensified with the beginning of Russian aggression in Ukraine in 2014.

“Of the individuals identified so far by the SIS, in collaboration with other agencies, and partners from abroad, 18 people were detained, and about 15 people were already convicted. Based on unofficial data, two Moldovans were convicted in Ukraine”, - reported SIS Public Relations Officer Daniella Mynzat.

At the same time, mercenaries are convicted in Moldova under the article “mercenary activity”, and in Ukraine –“terrorism”, but both assume criminal responsibility, journalists explain. Mercenary activity in Moldova is punishable by imprisonment for a term of three to seven years, the recruitment of mercenaries from five to ten years.

About 70% of the mercenaries fighting in the Donbas for LPR and DPR are coming from socially disadvantaged families and the unemployed. More than half of them are from Transnistria which is occupied by the Russian Federation. Most often the motivation for Moldovan mercenaries to participate in the war in eastern Ukraine is money.

In the autumn of last year, the head of theUkrainian Security Service (SBU), Vasyl Hrytsak, reported that there were 300 Serbian citizens fighting for LPR and DPR in the Donbas and that the Ukrainian intelligence service has extensive information about each of them.

According to the SBU, some of them are members of the Russian private military company Wagner. The SBU passed on the relevant data to the Serbian side.

In 2017, the Serbian prosecutor’s office opened 45 cases against citizens of the country that were participating in armed conflicts abroad, including the conflict in the east of Ukraine. Under article 386a of the Criminal Code of Serbia, they face punishment in the form of imprisonment for up to ten years.