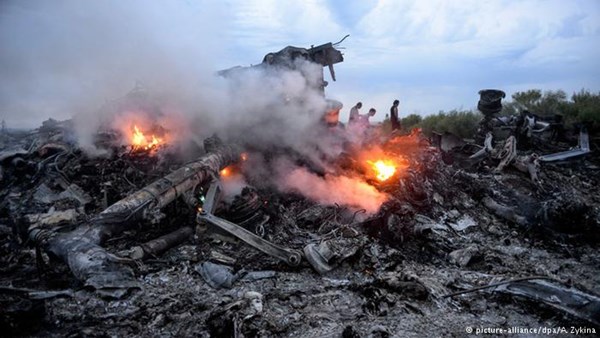 The founder of the Bellingcat group of experts, Eliot Higgins, announced that the company has further narrowed the list of people thought to be involved in the downing of Malaysia Airlines Flight 17. Twenty Russian servicemen are included on the newest version of the list. In an interview with the Dutch magazine NOS, Higgins stated that the Bellingcat report with the names and pictures of suspects was handed over to the Prosecutor’s Office of the Netherlands.

The Prosecutor’s Office confirmed receiving the information from Bellingcat and stated that they would review the new material. The agency also stated that the data of independent experts can be included in the investigation.

Last year, Bellingcat experts found out that the second Battalion of the 53rd Anti-Aircraft Missile Brigade from Kursk was involved in the downing of the Boeing 777. “Sergey M.,” the Commander of the 53rd, “Dmitry T.,” the Commander of the Second Battalion and nine lieutenants, who were manning a Buk mobile missile system on the day of the crash, are also mentioned in the Bellingcat report. The report stated that all these soldiers are very experienced and know how to control missile systems.

The report mentions that the “Buk” anti-aircraft missile system was transported on a truck from Donetsk to Snizhne and then went to the south from Snizhne on its own. The rocket that shot down Malaysia Flight 17 was launched from that area at 4:20 PM, local time.

Unfortunately, only names and initials are mentioned in the video presentation of the report and the pictures of suspected Russians are blurred. The Bellingcat team has been working with investigators from the Netherlands, Belgium, Malaysia, Ukraine and Australia throughout the investigation process.

In October of 2015, Bellingcat first announced that the aircraft was shot down by a Russian “Buk” anti-aircraft missile system. All 298 passengers on board the plane were killed in the crash.