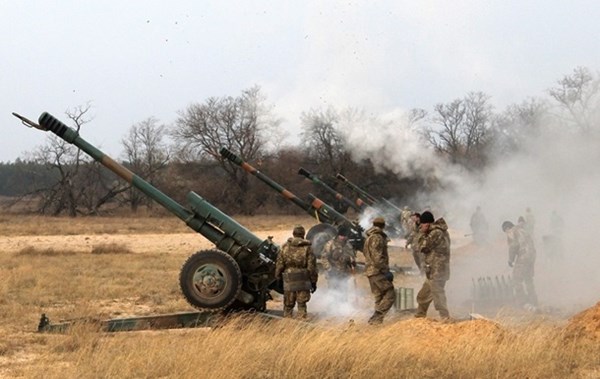 The Ukrainian Defense Ministry confirmed that the withdrawal of forces and weapons in Stanytsia Luhanska scheduled for today has been postponed indefinitely. The statement was made by Andriy Lysenko, a spokesperson from the Ministry of Defense of Ukraine, during a briefing.

The withdrawal of troops and weapons was broken due to the shelling from separatists, which is a violation of the framework agreement.

The Ukrainian Defense Ministry has also reported an increased number of attacks against positions of the Armed Forces of Ukraine, including artillery attacks.