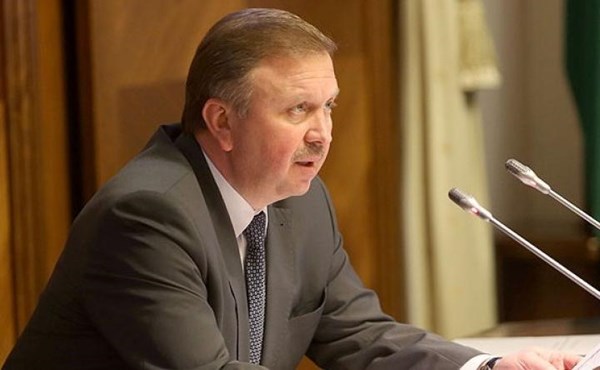 The quality of Russian oil supplied to Belarus has recently deteriorated, said Belarusian Prime Minister Andrei Kobyakov, in an interview with RIA Novosti. He noted that there is a constant discussion between Moscow and Minsk on issues related to the supply of raw materials. According to Kobyakov, both parties are generally on the same page, but disagreements do arise, Rosbalt reported.

"For example, we would want for the oil that arrives in Belarus through the pipeline to be of higher quality, because recently its qualitative characteristics were lowered," the Belarusian Prime Minister stated.

The price of the oil remains the same, he added.

Kobyakov also noted that the Belarusian economy may not withstand the low cost of petrol in Russia. "If we get minus $100 on each ton of gasolines, then no economy can bear it,” he stated.

According to him, the Russian market remains a priority for Belarus, but it "should not be unprofitable."

In March it became known that Russian Deputy Prime Minister Arkady Dvorkovich, the head of the governmental commission on the fuel and energy sector, recommended that Tatneft and Gazprom suspend the supply of petroleum products to Belarus. He gave this recommendation after a meeting of the commission on February 17th, where the sharp rise in the supply of petroleum products to the country was discussed.

Later, Dvorkovich specified that the matter was not about the global reconsideration of relations between Moscow and Minsk in the oil and gas industry. According to him, the authorities suspect the TANECO company, which is included in the structure of Tatneft, and Salavatnefteorgsintez, which is included in Gazprom, of tax optimization in supplying raw materials to Belarus.

"The volumes have increased dramatically, and we noticed that it could be a scheme of optimization of taxes or customs duties, as it had already happened with the dissolvents one time. So we gave a recommendation to suspend deliveries until the situation is clarified," the Deputy Prime Minister stated.

Gazprom representative told RBC that the "daughters" of the monopoly have increased their supplies to Belarus in 2015 owing to favorable market conditions. The representative refused to comment on resumption of deliveries in March.