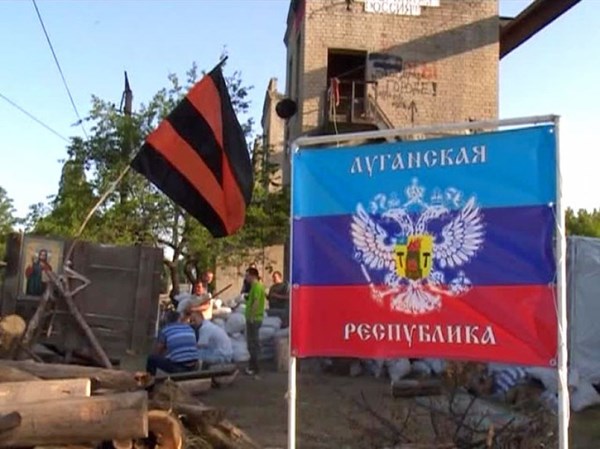 Members of the so-called Luhansk People's Republic (LPR) stated that entrepreneurs who organized a rally a few days ago in Luhansk will be brought to justice for organizing an unsanctioned protest rally, as reported by Alexei Cherepovski, the Deputy Minister of the Interior of the LPR.

Cherepovskiy stated that entrepreneurs who went on strike over exorbitant taxes imposed by LPR members actually protected the interests of the Party of Regions’ parliamentary faction leader, Vladimir Landik.

“The demonstrators took a constructive position, insisting on the unconditional satisfaction of their claims and threatening to organize a mass riot near the Government House. What is interesting here is that all the entrepreneurs in this group have recently arrived in our Republic. These people supported not their own interests, but the interests of third parties, for example, Vladimir Landik, who is the owner of the Central Market,” Cherepovsky stated.

“With regard to this particular protest rally, as organized by entrepreneurs, I recall that, according to the current legislation, all mass events held in the Republic are to be held in coordination with the Ministry of Internal Affairs and local governments. Organization and holding of unsanctioned rallies is an illegal action. Administrative as well as criminal liability can be incurred for such action,” the LPR representative added.

The protest rally was held by entrepreneurs on the 27th of January in Luhansk. On that day, several hundred people went to the Luhansk Regional Public Administration in order to raise their voices against the LPR Tax Code, which imposes exorbitant taxes on small businesses in the Luhansk region.