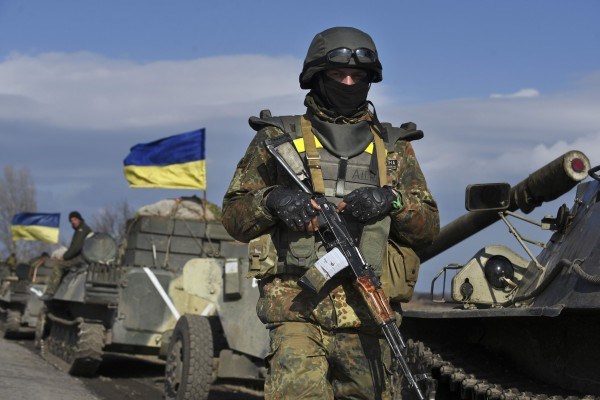 New positions that the Armed Forces of Ukraine took and held in the Svitlodarsk salient in the Donetsk region do not violate the Minsk agreements, according to a brief on January 11 by the spokesperson of the Ministry of Defense, Colonel Oleksandr Motuzyanyk.

The Colonel reminded the press that fighting intensified recently on this stretch of a front line. "As you know, the situation there has been very tense in recent months. Very severe fighting continued there that resulted in units of the Armed Forces of Ukraine getting hold of some very important new positions, but within a demarcation line; within our territory." Motuzyanyk said.

Earlier on Tuesday, January 10, information appeared on the Internet saying that Ukrainian forces acquired "a bit" of new territory in the area of the Svitlodarsk salient.