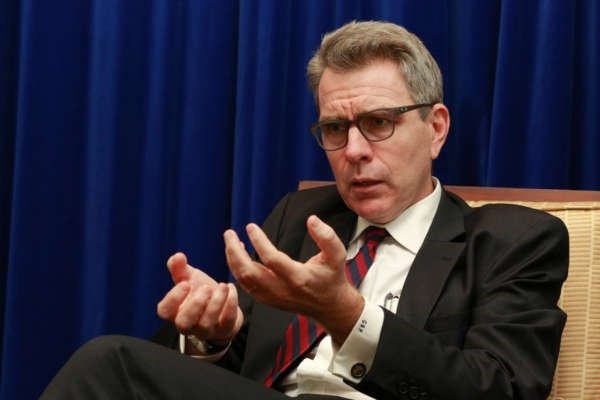 The Unites States Ambassador to Ukraine, Geoffrey Pyatt stated on the air of ZIK TV that sanctions against Russia can be reviewed only when the Minsk Agreements are fully implemented.

“The President of the United States, Barack Obama, discussed this position in a talk with the President of Russia, Vladimir Putin. He also noted the special requirement of granting full access to OSCE observers to the whole territory of Ukraine – up to the internationally recognized borders. Now, there is nothing like that. We will not talk about the easing of sanctions until it has happened,” he said.

The European Union approved the extension of sanctions against Russia for another six months in December 2015. Restrictions, imposed on July 31, 2014 in response to Russian aggression against Ukraine, will remain in effect at least until the July 31, 2016. The previous validity period of economic sanctions of the European Union against Russia expired in late January 2016.

The Western countries have repeatedly stated that the extension of sanctions depends directly on the implementation of the Minsk Agreements and the resolution of the situation in The Donbas. However, recently, the opinion that it is necessary to strengthen cooperation with Russia in the fight against the Islamic State and the need to end the conflict in Syria has emerged among European countries in connection with the migration crises and terrorist threats in Europe.