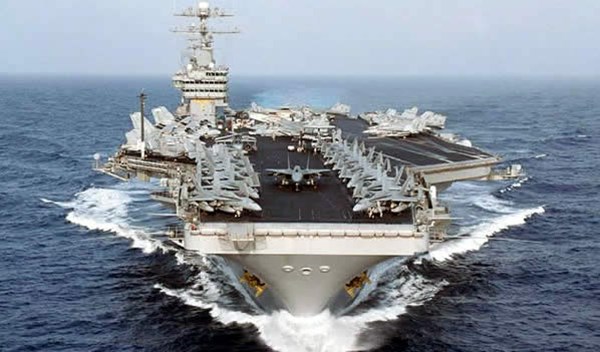 A Russian Su-33 aircraft from the Admiral Kuznetsov aircraft carrier has crashed in the Mediterranean Sea, as reported by the Russian Ministry of Defense. The crash happened at the time of landing and was caused by a breakage in the cable of the arresting gear. The plane rolled beyond the deck and fell into the sea.

“After completing the mission over the skies of Syria, while landing on Admiral Kuznetsov aircraft carrier, as a result of the cable breakage in the arresting gear, an Su-33 aircraft rolled over the deck," the Russian Ministry of Defense reported.

“The pilot ejected himself and was located and airlifted to the ship by a search and rescue team,“ the Ministry added.

“The Russian aircraft group continues its mission in the Mediterranean. The flights of the planes stationed on the cruiser continue according to the tasks of the mission,” stated the Russian Ministry of Defense.

The crash involving the Russian warplane from Admiral Kuznetsov aircraft carrier is the second such incident. On November 14, a MiG-29 crashed a few kilometers away from the Admiral Kuznetsov while landing. The pilot ejected.

The aircraft from Admiral Kuznetsov started airstrikes on targets in Syria on November 15.