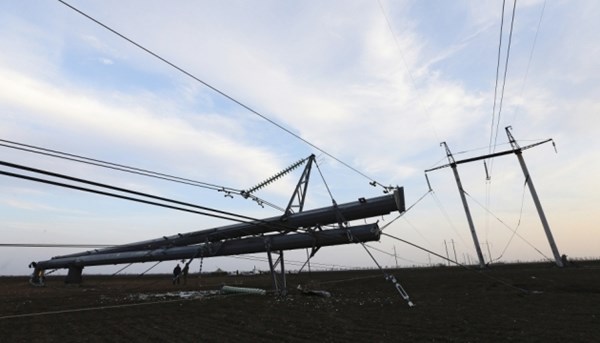 According to the Russian Minister of Energy, Alexander Novak, he had no clear understanding concerning the continuation of work with Ukrainian electrical power system. Authorities of the Russian Federation do not anticipate the renewal of power supplies from Ukraine to Crimea.

“The peninsula counts on its own strength,” Novak said in Simferopol. Earlier, the Russian Ministry of Energy denied the information about supplies of 22MW by Power Bridge from Kuban to Crimea. Meanwhile, Deputy Chairman of the Council of Ministers, Michael Sheremet confessed to doubts about his own information, due to the current confusion.

“Currently, we don’t have a clear understanding about the possible continuation of work with the Ukrainian power system. Therefore, we have to assume that there will be no energy supplies from Ukraine and will have to count on our own power supplies,” said Novak.

The Russian Minister of Energy came to Simferopol on Sunday in order to discuss the power supply situation. One week later, after blackout, Novak called the situation in Crimea and Sevastopol stable. On the night of November 22nd, Crimea completely lost electrical power as a result of the bombing of power transmission line pylons in the Kherson region.

Emergency measures were imposed in the region until the energy supply could be fully restored. On the morning of November 24th, Ukrainian power agency Ukrenergo reported that, having received permission from blockage participants, they began to repair one of the power transmission lines. However, on the morning of November 26th, repairmen stopped restoring power transmission lines due to activists’ demands regarding the Crimea energy blockage.