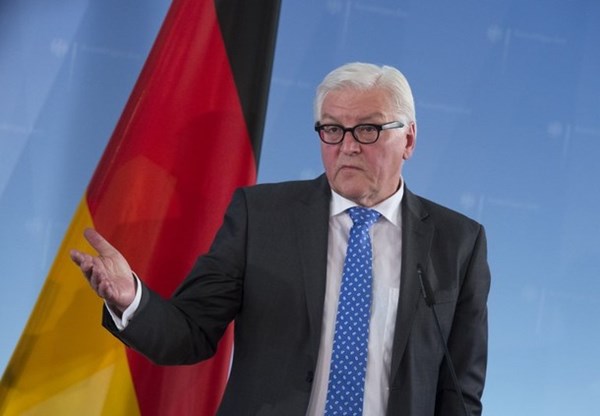 The head of the German Foreign Ministry believes that the diplomatic efforts of France and Germany were instrumental in prevention of a war in Europe.

At the same time the progress in the implementation of the Minsk Agreements is comparable to a snail's pace. According to the press service of the Foreign Ministry of Germany, this was stated by the German Foreign Minister Frank-Walter Steinmeier on the eve of the twelfth meeting of the Normandy Four.

Steinmeier fears that the work on the implementation of the Minsk Agreements could last a long time and would not establish a stable ceasefire. "For months we fought hard to persuade Moscow, Kiev and separatists to further implement the Minsk Agreements that they themselves agreed on. If we speak of progress then this success would be comparable to a snail's pace, that moves forward millimeter by millimeter," the German Minister said.

Steinmeier stressed that French and German diplomats have spent a lot of time and effort mediating the conflict in Eastern Ukraine and preventing the aggravation of the military conflict, at the very least preventing open war in the heart of Europe. The minister said it was possible to do only one thing: lower the level of aggression in the area of the conflict.

He expressed the hope that on May 11th in Berlin, Ministers of Foreign Affairs of the four countries will make progress in the issues "of preparation for the local elections, the security of the elections" in order "to avoid a return to escalation."

"It is clear that the Minsk process cannot be postponed until the Greek calends. Therefore, tomorrow, we need not only a clear commitment to the Minsk process from the parties of the conflict, but first of all the progress in its implementation," Steinmeier concluded.

The Normandy Four met earlier on March 3rd in Paris. During the talks, consensus was not reached on the issue of elections in the Donbas. Germany and France insisted on holding the elections not later than June. Russia was ready to support the proposal but Ukraine proposed to focus on the security issues before holding elections.