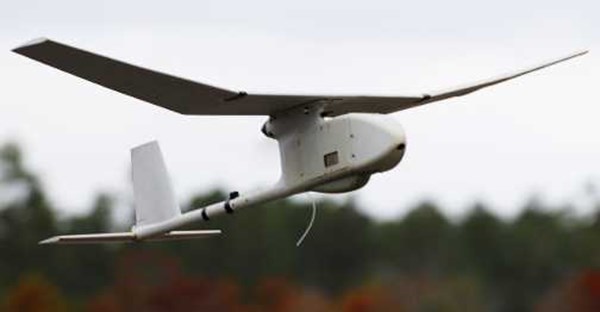 The drones provided to Ukraine by the United States at a cost of millions of dollars, have proven to be ineffective against jammers and hackers. The Advisor to the Chief of the General Staff of the Armed Forces of Ukraine, Nathan Khazin, stated in an interview with Reuters that the decision to use these drones in the conflict was wrong from the very beginning.

In the summer of 2016, Ukraine received 72 Raven RQ-11B Analog mini-drones. However, these mini-drones have proven to be so ineffective that Khazin would prefer to send them back. The Raven hand-launched drones were supplied to Ukraine as part of the U.S. military assistance program.

It was intended for Kyiv to make extensive use of these portable, lightweight reconnaissance drones, which aren’t equipped with weapons and manufactured by AeroVironment Technology Company, at the front lines. However, the drones have proven to be ineffective in the fight against separatists, who use much more advanced means of electronic warfare than militants in Afghanistan, Iraq, or Syria.

Russia and the separatist forces they support can intercept and jam video signals and drones’ data. “The equipment is analog, so the channels and data aren’t protected from interception and jamming by modern means of electronic warfare,” Reuters wrote, citing the Command of the Ukrainian Air Force.

U.S. officials, who spoke on condition of anonymity, said that Russian means of electronic warfare turned out to be much more advanced than expected at the beginning of the conflict. Meanwhile, they added that Ukrainian and U.S. servicemen have gradually adapted to the situation. One of the Ukrainian officials told Reuters on the condition of anonymity that the drones weren’t used at the front line.

The Advisor to the Chief of the General Staff of the Armed Forces of Ukraine, Nathan Khazin, said that the drones are mostly kept in a warehouse and referred to them as a weakness – they enable the enemy to see the location of Ukrainian forces and can be easily shot down if desired. These devices have short battery life and they are unable to perform their key function of gathering intelligence on artillery positions, Khazin stated.

Nathan Khazin told BBC Ukraine that the incompetence of the Ukrainian’s allowed for the provision of ineffective drones. “Those responsible for requesting and deploying the drones were absolutely incompetent. The United States gave them exactly what they asked for instead of adjusting their request in accordance with current technology,” Khazin said. According to the Advisor, the cost of each of the 24 kits received by the Ukrainian Armed Forces from Washington, is about USD 400,000.

Every kit includes three drones, control devices and software. The RQ-11B drones are still used in the conflict zone. “Every time we use these drones, we run the risk that these devices will be captured or destroyed by the enemy,” Khazin clarified.