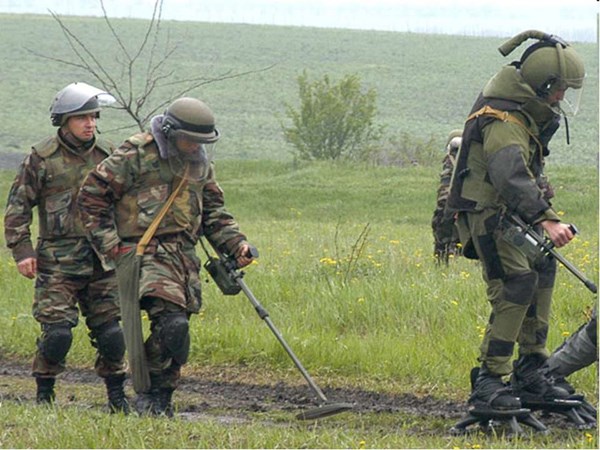 Ukraine and Norway will begin a joint project that will see the production of 3D mine detectors to help the Ukrainian Armed Forces locate and disarm land mines in the war-torn Donbas region, according to the Acting Head of the Mission of Ukraine to NATO, Egor Bozhok, in an interview with UNIAN.

“We are now working out the details of this project with the allies and the core committee of NATO. We expect that somewhere during the next couple of months, we'll be able to talk about beginning the practical phase of the project," Bozhok said.

The project is worth approximately 450 million euros.

According to Bozhok, the Ukrainian side wants to "move forward in solving the issue of demining by making more specific agreements" in the framework of the NATO summit in Warsaw in July.

The Verkhovna Rada of Ukraine amended two laws in December of 2014 abandoning the nonaligned status of the state. The new military doctrine seeks to resume Ukraine's attempts to join NATO. In order to do so, the country must ensure full compatibility of its armed forces with the forces of NATO member states before 2020.