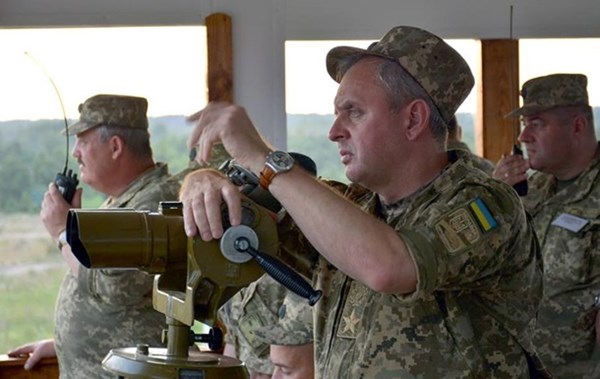 Separatists in the Donbas continue to violate the Minsk Agreements by using heavy weapons against the Ukrainian military. The Chief of the General Staff of the Armed Forces of Ukraine, Viktor Muzhenko, said this during an interview with Ukrinform while discussing his trip to the Donbas.

“We had the opportunity to see with our own eyes and hear with our own ears that the Minsk Agreements are really being violated by the enemy, that shots are being fired at our positions from both small and heavy weapons, including those which are expressly prohibited by the Minsk Agreements. These banned weapons should be withdrawn and stored in certain storage locations,” Muzhenko said.

“We have observed, and had cases of, the shelling of the positions of our troops with artillery and tanks. This has unfortunately resulted in casualties among the personnel,” he continues.

Muzhenko also confirmed that the units of the Armed Forces of Ukraine only fire when fired upon.