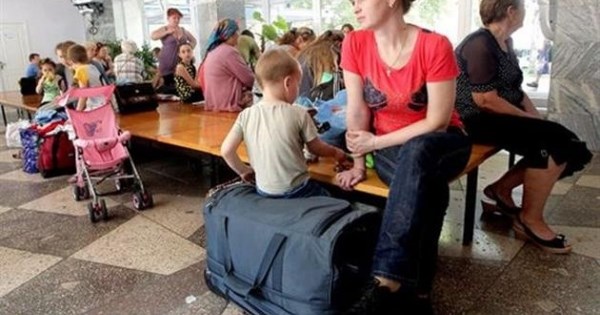 As of March 6, the State Emergency Service of Ukraine (SES) has counted over 1 million internally displaced persons in Ukraine, including the conflict zone in eastern Ukraine and Crimea, according to the message of the state agency.

"Since the start of anti-terrorist operations on the East of Ukraine, 1,018,484 people including 996,553 from Donetsk and Luhansk regions, 21,931 people from Crimea and Sevastopol have been resettled," the ESS reported. Those registered among displaced people from Crimea include 168,545 children and 734 elderly and persons with disabilities. "166,875 displaced persons including 46,463 children received psychological assistance from psychologists of the SES and representatives of voluntary organizations," said the office.

According to the SES, as of March 6th, 607 different facilities have been provided for the accommodation of 10,601 internally displaced persons.

"Information regarding accommodation in each region is available upon request from the regional headquarters of the State Emergency Service of Ukraine, and its  website specially designed for internally displaced persons."