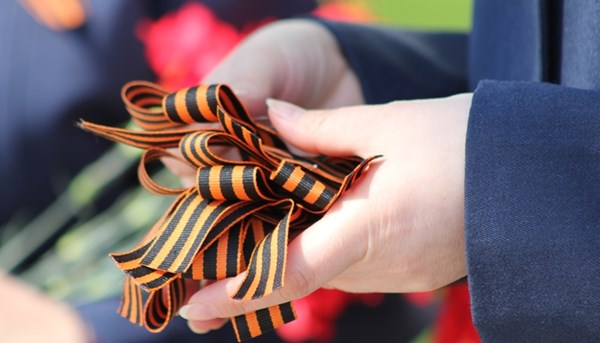 The Verkhovna Rada has supported the bill to prohibit the production, wearing and distribution of St. George Ribbon in Ukraine. 238 MPs voted in favor of the decision on Tuesday.

According to the draft document, fines from 850 ($32 USD) to 2550 hryvnia ($97 USD) are envisaged for public use, demonstration or wearing of Georgian ribbons or pictures thereof. For repeated infringement during a year, a more severe punishment is envisaged – a fine of up to 5100 hryvnia ($193 USD) or administrative arrest for up to 15 days.

The new rules do not affect World War II veterans, their awards or documents, TV channel 112 Ukraine reported. Furthermore, depictions of Georgian ribbons are permitted, for example, in works of art, educational material, on tombstones, and on documents issued before 1991. Use of ribbons in museum expositions, historical reconstructions and objects of antique trade will not be punished.

The bill was initiated by MP Anton Herashchenko, adviser to the Ukrainian Minister of Internal Affairs. An explanatory note on the document states that for Ukraine, the Georgian ribbon has become a “symbol of Russian occupation and aggression”.