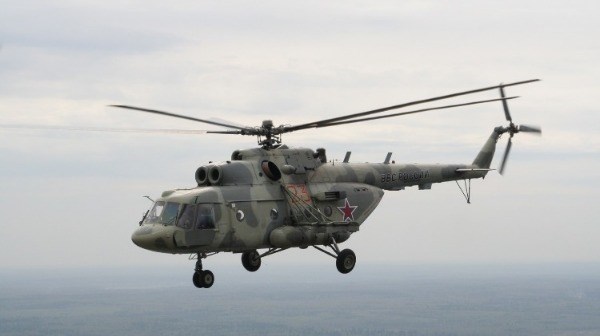 The Philippines decided to buy 16 UH-60 Black Hawk multipurpose helicopters from the American Sikorsky Aircraft Corp for $240 million and refused cheaper Russian helicopters due to the US sanctions imposed on Russian military exports, Reuters reported, referring to the statement by the head of the Ministry of Defense of the Philippines, Delfin Lorenzana.

The minister said that the contract for the purchase of 16 American Black Hawk helicopters will be signed early next year, despite the fact that Russia offered the lowest price.

“But it’s very difficult to pay for them because of the US sanctions,” said Lorenzana.

The bill on Countering America's Adversaries Through Sanctions Act (CAATSA) was adopted in 2017. According to the bill, countries and companies that cooperate with Russian enterprises and organizations included on the sanctions list can be sanctioned.

Initially, the Philippines planned to buy 16 Bell 412 helicopters manufactured in Canada. However, the deal was scrapped in February. Canadian authorities expressed concern that helicopters could be used to fight rebels. In the future, the Philippines started considering other options for purchase, including the Russian Mi-171, American Black Hawk, South Korean Surion and Anglo-Italian Agusta Westland AW139.

In November, Lorenzana told the defense exhibition in Indonesia that Manila was considering the acquisition of several types of weapons from Russia, including attack and transport helicopters. The official representative of the FSMTC (Federal Service of Military-Technical Cooperation) of Russia Maria Vorobyova spoke about the interest of the Philippines in the Russian weapons, including helicopters, in an interview with Interfax in 2017. She clarified that the Mi-17B-5, Mi-17Sh and Mi-35 helicopters had been shown to the representatives of the Philippines.

Andrei Frolov, editor-in-chief of Arms Export magazine, told RBC news agency that the Russian factor could be used by the Philippine leadership to put pressure on Western suppliers to negotiate for more favorable conditions. Traditionally, the Philippines are leaning towards American manufacturers, he added. “After the purchase of Russian helicopters, the Philippines would have to completely rebuild the entire system of service and personnel training,” the expert said.