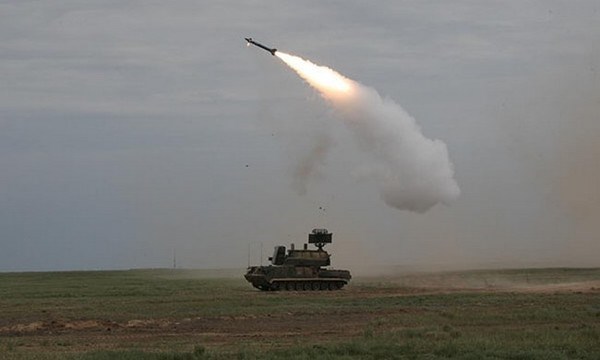 The “Arrow of Friendship-2019” anti-air defense maneuvers have begun in Egypt. For the first time ever, Russian anti-air troops will take part in the exercise. The drills will last 13 days, and will be conducted at a training base belonging to the Egyptian Air Defense Forces.

The exercise will involve more than 100 anti-aircraft troops from divisions of Russia’s Southern Military District (SMD) stationed in the Volgograd province, Krasnodar Krai, North Ossetia and Crimea, the Russian Defense Ministry announced on its official website.

The stated goal of the drills is for the two countries’ soldiers to share experience, practice working together to secure the airspace and organize anti-air coverage of important facilities. The soldiers will also work on their practical skills, “utilizing the maximum combat capabilities of the anti-air missile systems in joint actions to repel the attacks of an imaginary enemy under various conditions”.

The drill participants will practice working with assistance from Russian-produced military equipment, including Tor-M2E and Buk-M2E anti-air missile systems, Igla portable anti-air systems and Shilka self-propelled anti-air systems. Egypt already has all of the mentioned types of weapons in its armament.

“The joint exercise will be conducted according to the Russian Defense Ministry’s international activity plan for 2019, and is designed to strengthen and develop the military cooperation between the two countries,” the site observes.

In October 2016, Russian paratroopers practiced taking out terrorists near Israel.

In April 2018, Russia performed another landing exercise near the Israeli border.

In November 2018, Israel hosted a military exercise code named “Sky Angels”, which involved troops from the US, Croatia, Italy, the Czech Republic, Canada and Holland. During the maneuvers, the troops practiced cooperating in rescue operations.

These were the first such exercises held in Israel.

They were conducted at the same time as an exercise in Egypt. Infantry, navy and air force troops from Saudi Arabia, the UAE, Kuweit, Bahrain and Jordan took part in the “Arab Shield-1” maneuvers. Lebanon and Morocco were present as observers.

The drills were held at the largest military base in the Middle East, Mohamed Naguib, and in Egyptian waters and airspace.

“The drills are designed to develop the military cooperation between Egypt and Arab states in order to grow military potential and realize shared goals. Such drills are in the interest of maintaining peace and stability in the Middle East region,” said the Egyptian Defense Ministry.

Military expert General Gamal Mazloum interpreted the “Arab Shield” exercise as a message directed primarily at Israel and the US.