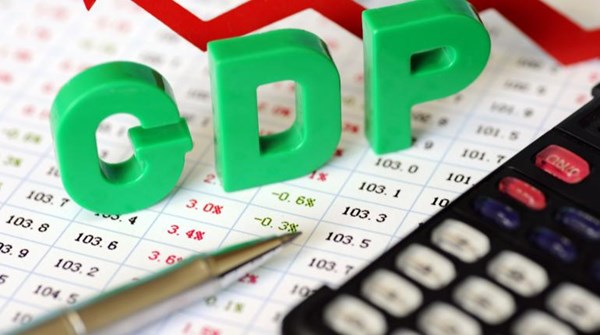 No confirmation can be found for the 6-year record economic growth reported by the Russian Ministry of Economic Development and the Federal Statistics Service (Rosstat) last year, said Andrey Makarov, head of the State Duma taxes and budget committee, during a session of parliament on Friday.

Instead of a 2.3% GDP growth, a figure that Rosstat plucked “like a rabbit from a hat”, Makarov said that three weeks after a change of management “completely different figures” are being arrived at.

He believes that the statistics on the population’s income, especially salaries, may have been manipulated.

“We looked and suddenly saw a difference between the data that Rosstat and the Federal Tax Service have for the labor pay fund. It turns out that the statistics taken as a basis by the Ministry of Economic Development are taken not from the actual data, but from a survey of business owners,” Makarov observed.

If one uses the actual figures from the tax service, “suddenly we get completely different economic growth figures”, he added.

He said that the Duma has asked the Ministry of Economic Development to provide an analysis of the final figures broken down into its components. There has been no response so far.

“At present I can state only one thing: This growth, with respect to its validity, means only the transfer of statistics management to the Ministry of Economic Development,” Makarov resumed.

Last year, Russia’s economic statistics outperformed the predictions of all professional forecasters, from global investment banks to the International Monetary Fund. Economists from JP Morgan expected 1.6% growth (September 2018), the Economic Intelligence Unit 1.7% (October 2018), the IMF 1.7% and the World Bank only 1.5%. The Bank of Russia itself did not expect more than 2%, based on the structural weakness of the economy, dependence on commodities and stagnation without reforms.

In November, Rosstat’s statistics were within this framework, calculating 1.8% growth for 11 months. But in January, calculating the December data, Rosstat managed to find 0.5% of previously unseen GDP, about $7.96 billion in monetary terms.

The construction data were subject to a thorough revision, and by the end of December the paltry 0.5% growth for January-November had turned into 5.3%, the largest construction boom in more than 10 years.

The first to call into question Rosstat’s figures was Deputy Minister of Economic Development Andrey Klepach, who was the chief economist at VEB at the time. “A year ago I predicted a 1.5% GDP growth. My assessments show that there was roughly that much. I am not yet inclined to trust all the rest,” Klepach said in February.

Klepach’s remark was later censored. The TASS news agency took the article down four days later, claiming that it had been published “erroneously”.

In July, Klepach lost his position at VEB when his contract expired.