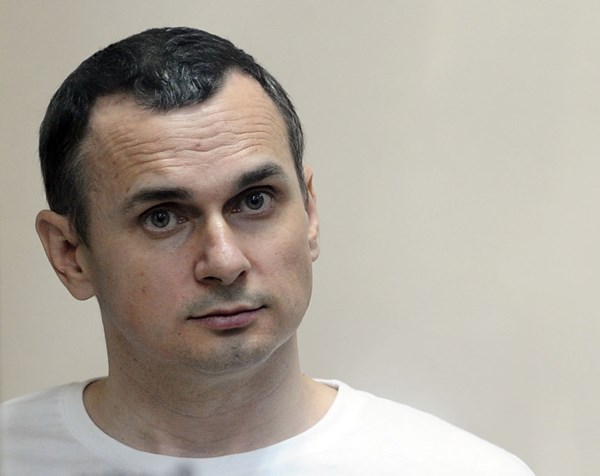 During a discussion in Washington, the Ukrainian filmmaker and former political prisoner of Russia Oleh Sentsov called for Russia to be disconnected from the SWIFT interbank communications system. In his opinion, this would be the most effective way to put pressure on the Kremlin, Ukrinform reports.

When asked how the US could influence Russia, Sentsov said: “I have a very short answer to this: disconnect SWIFT… It’s a more realistic step than extremely lengthy negotiations. My messages here, as always are: stop Russian aggression against Ukraine and release our prisoners.”

Sentsov pointed out that many Ukrainians have already been brought home successfully, partially as a result of international influence, from the US and European countries, and also through the efforts of Ukraine’s former and current presidents.

On Sunday at the UN headquarters in New York, Sentsov took part in the round table on Ukrainian citizens held as prisoners in Russia.

Before this, the former political prisoner attended the World Economic Forum in Davos, where he drew attention to Ukraine’s fight against Russian aggression during his speech.

In 2017, Finastra, a multinational company which owns software for working with SWIFT, refused to work with the Russian banks Tempbank and RNKB, which are under sanctions.

After Russia’s annexation of Crimea in spring 2014, Russian law enforcement on the peninsula has arrested independent journalists, civilian activists, activists of the national Crimean Tatar movement, members of the Crimean Tatars’ Mejlis, as well as Crimean Muslims suspected of being linked to the Hizb ut-Tahrir and Tablighi Jamaat organizations, which are banned in Russia.

Human rights activists and attorneys have described the charges brought against the prisoners as “persecution based on political, national or religious persuasion”. The Russian government denies all accusations of persecution.