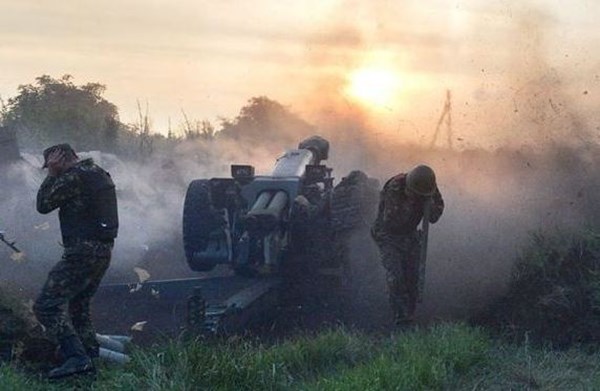 In the Svitlodarsk salient in the Donbass, Ukrainian military destroyed the so-called Furunkul reinforced position of the separatists and "thinned the troops of the invaders,” Ukrainian volunteer Yuriy Mysyagin reported on Facebook.

According to him, "terrorists and admirers of the ‘Russian world’ in the Donbas" are in dire straits, especially with several internal problems to deal with. "They also suffer serious losses in military equipment and manpower because of their provocative actions," he said.

"Because of constant shelling and provocations committed during the ceasefire, our military units and various “invisible” combat teams in the form of the ‘Third Force’ are simply forced to react to the actions of terrorists. Here, as the commander of one of the divisions said, ‘There is always an end to everything. Sooner or later,’ the volunteer writes.

He notes that the 54th Brigade and its battalions collected and analyzed the information on the enemy: where the shelling and provocations are conducted from, where the hidden and closed positions are located, and when there are large numbers of personnel on those positions.

"And after, when all the analytical work was carried out, the shelling on terrorists began from different positions… On the one hand, the artillery was firing and a ‘meteor shower’ began, and on the other hand an unknown ‘Third Force’ began to operate. An old enemy reinforced position, Furunkul was destroyed,” Mysyagin said.

He went on to add that six of separatists shelling positions and platoons’ fortified positions were seriously damaged and in some places completely destroyed. He also emphasized that the enemy forces were reduced and that they shell-shocked a massive number of people.

Earlier, according to information from the Come Back Alive charitable fund helping the army, 17 pro-Russian mercenaries were killed near Dokuchaievsk.