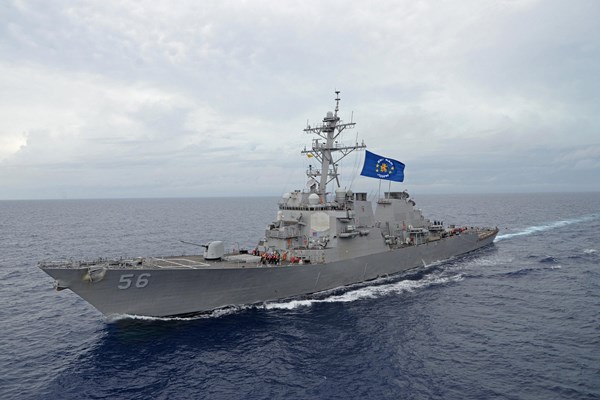 In turn, the command of the U.S. Seventh Fleet reported that USS John S. McCain conducted an operation to ensure freedom of navigation and did not violate internationally recognized borders.

"The Russian Federation's statement about this mission is false. USS John S. McCain was not "expelled" from any nation's territory. McCain conducted this FONOP in accordance with international law and continued to conduct normal operations in international waters. The operation reflects our commitment to uphold freedom of navigation and lawful uses of the sea as a principle, and the United States will never bow in intimidation or be coerced into accepting illegitimate maritime claims, such as those made by the Russian Federation," the statement reads.

The Seventh Fleet noted that  “By conducting this operation, the United States demonstrated that these waters are not Russia's territorial sea and that the United States does not acquiesce in Russia's claim that Peter the Great is a "historic bay" under international law."