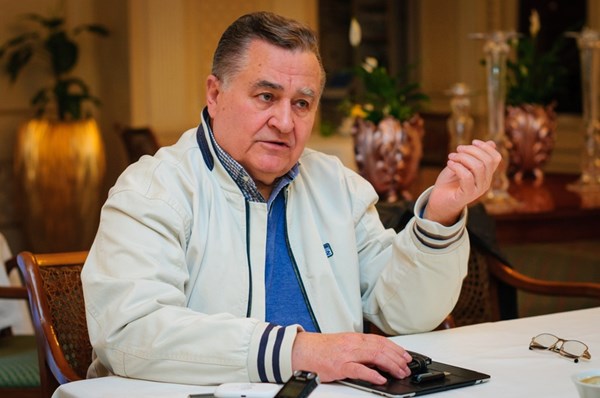 For the UN peacekeeping mission introduction to the Donbass, the consent  of all sides is necessary, we doubt that Russia will agree to it and will block the voting in the UN Security Council, said the representative of Ukraine in the subgroup on security of the Trilateral Contact Group Yevhen Marchuk. According to him, a number of items on this issue must be taken into account.

"The invitation of foreign military units with weapons to the territory of Ukraine is possible only with the Verkhovna Rada consent. The country initiating the direction of such a mission must prove its proposals in details. In our case it won’t be very simple, " he stated.

"If we indicate the aggression of Russia in the proposal, it will mean a war between the two states." Peacekeepers, as a rule, don’t participate in such cases. If we don’t indicate Russia's aggression, then we have an internal civil conflict and then peacekeepers can participate, " Marchuk explained.

He also noted that the consent of all parties is necessary for the deployment of the  UN mission “For us, the separatist-held territories of the Donbas is not a party. For us, Russia is a party as a country-aggressor. Will Russia agree to be a party of the conflict and even in the UN decision? I don’t think so. President Putin not once stated Russia's position on this issue-"they are not there," Marchuk explained.

Marchuck stated that there might be a preliminary agreement with Russia on the complete withdrawal of its troops from the Donbass territory. "Then the only party to peacekeeping mission consent is separatist-held territories of the Donbas. And then it remains for us to agree only with this side of the conflict on the peacekeeping mission, officially recognizing them, i.e .indirectly confirming in this way that this is an internal civil conflict," he added.

According to him, voting in the UN Security Council "most likely will be blocked by Russia. The voting on this issue by the UN General Assembly causes many problems, not to mention the numbers of the mission, the budget, and the level of its armament. Although, it is possible."

Earlier the president of Ukraine Petro Poroshenko stated that he intends to initiate the UN peacekeeping mission introduction to the Donbass at the session of the UN General Assembly in September.