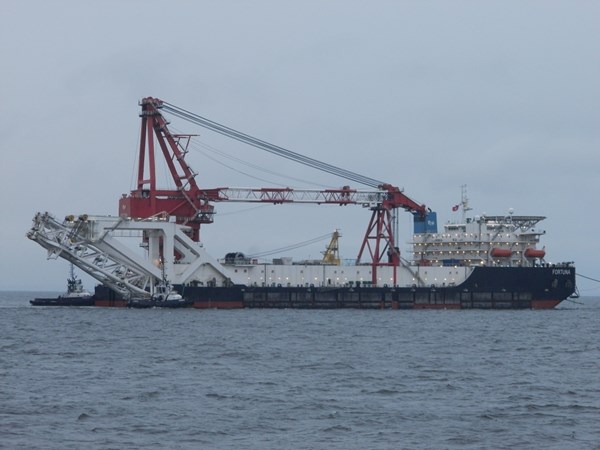 Last December, Fortuna's specialized barge laid about 2.6 km of pipeline in German waters, after a nearly year-long hiatus in construction due to U.S. sanctions.

Now the ship, which flies the Russian flag, has been added to the list of companies and entities that fall under the sanctions of the Office of Foreign Assets Control of the US Department of Treasury.

Sanctions were also imposed on its owner, KVT-RUS LLC, which is registered in Moscow.

This year, the U.S. has already expanded the list of companies subject to sanctions because of their involvement in the construction of Nord Stream-2.

In particular, the sanctions apply to companies that provide certification or insurance services for the project, upgrade or install welding equipment on ships that are completing the working on the pipeline.

On January 3, it became known that the Norwegian certification and classification company Det Norske Veritas (DNV GL) had refused to participate in Nord Stream 2.

The decision was made because of new U.S. sanctions that came into force on January 1, after Congress overrode President Trump’s veto of the bill.

Another package of restrictive measures prohibits, among other things, services for testing, verification or certification of the pipeline.

"DNV GL will stop all compliance verification activities of the Nord Stream 2 pipeline as long as the sanctions remain in force. We are implementing a plan to curtail our support for the certification of the project," the company said in a statement.

In September, an international group of Protection and indemnity insurance of shipowners (The International Group of P&I Clubs) refused to work with Nord Stream 2.

The association, which represents 13 international maritime insurance clubs, said none of its members would provide insurance coverage to vessels involved in the pipeline's construction.