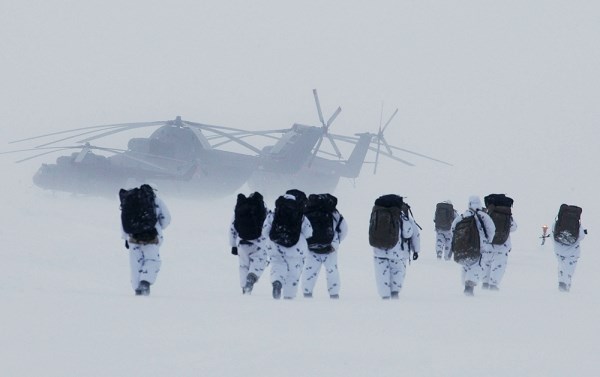 Russia is increasing its presence in the Arctic and threatening NATO's defense at the Greenland/Iceland/UK gap, stated the Deputy Assistant Secretary of State for European and Eurasian Affairs Michael Murphy.

"They [Russians] have announced plans to deploy an S-400 system there in the Kola Peninsula; and that military buildup goes beyond territorial defense," he said. " It’s designed in part to project power into the North Atlantic in order to prevent the United States and Canada from responding and reinforcing in the event of a crisis through – by putting the Greenland/Iceland/UK gap at threat".

Russia deployed S-400 air defense systems in the Arctic in September 2019. The North Fleet Air Defense Regiment, located on the Yuzhny Island of Novaya Zemlya archipelago, was re-equipped with the new air defense systems, the Russian Defense Ministry said. The ministry added that with the transition to the new system, the area of the monitored airspace in the Arctic has significantly increased.

After all divisions in the Arctic receive S-400 anti-aircraft missile systems, an air defense dome will be formed over the Russian part of the region, said the Commander of the Russian Northern Fleet Vice Admiral Alexander Moiseyev.

Russia carried our submarine exercises in the Arctic. Last November, two Russian nuclear submarines of the Northern Fleet carried out a firing duel there, tracking each other down and shooting at the "enemy". In March, a video from the exercises of two submarines in the Arctic was published by the U.S. Navy. Within three weeks, The U.S. sailors had to set up a temporary Seadragon camp right on the ice sheet, carry out several surfacing drills (including at the North Pole) and perform a number of combat missions.