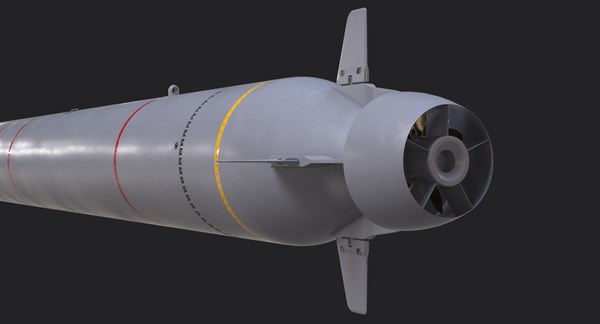 The Russian military is preparing to carry out the first launch of the Poseidon unmanned underwater vehicle, one of five "super-weapons" announced by President Vladimir Putin in a message to the Federal Assembly in 2018, reports RIA Novosti citing a source in the Russian Defense Industry.

According to him, the first launch of Poseidon - an unmanned nuclear torpedo, which can silently get to the enemy and hit, for example, aircraft carrying groups and coastal infrastructure - is planned for the fall.

The launch will take place from the nuclear submarine Belgorod- the first carrier of these drones.

Belgorod, launched last April at the Sevmash plant in Severodvinsk, is the equivalent of the Kursk that sank in August 2000. The submarine belongs to the project 949A Antey which was upgraded into project 09852 to carry Poseidons.

Poseidon itself is not assembled at the moment: "individual nodes and units are being tested," the RIA Novosti’s source says.

The first permanent carrier of the Poseidons, the nuclear submarine of the project 098531 Khabarovsk, is scheduled to be launched in the coming months, and the tests will last at least two years.

President Vladimir Putin first announced the development of Poseidon in a message to the Federal Assembly in 2018. According to him, such drones can be equipped with both conventional and nuclear munitions, which will allow them to hit a variety of targets, including aircraft carrier groups, coastal fortifications and infrastructure.

According to the American Nuclear Threat Initiative (NTI), from the weapons announced by Putin, only the Kinzhal hypersonic missiles, created for upgraded long-range MiG-31 fighters, have been adopted by the Russian Army.

In the foreseeable future (by 2022), Russia might also adopt intercontinental Samrat missiles, which will replace the dilapidated Voevoda missiles with separating warheads.

As for other developments, they are either a separate prospect or impossible in principle. The Hypersonic Zircon missile, which according to Russian data is being tested, may appear only in "2025-30 or later," the unmanned submarine Poseidon after 2027, and the missile with the nuclear engine "Burevestnik" - "after 2030, if at all will be built," NTI notes.