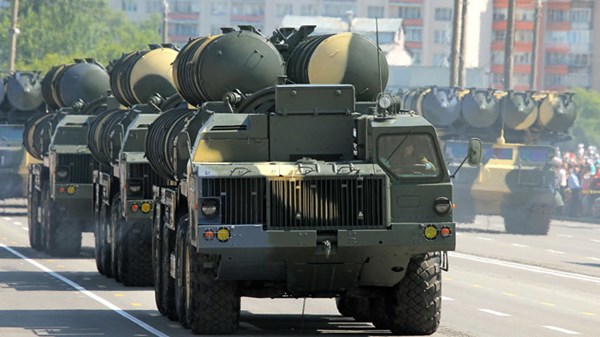 On the 27th of October, the European Parliament overwhelmingly adopted the Nuclear Safety and Non-Proliferation resolution during the plenary session in Strasbourg. In the text of the resolution, the European parliamentarians expressed concerns about threats to use nuclear weapons posed by Russia and called on nuclear-weapon states to reduce the number of nuclear weapons and the role of non-peaceful atomics in the military doctrine.

The European Parliament pointed out troubling examples such as Russian military drills simulating the use of these weapons against Poland, statements of high-ranking Russian officials claiming that Russia has the right to deploy nuclear weapons in the Crimea and the deployment of Iskander missile systems capable of carrying nuclear warheads in the Kaliningrad region, which borders Poland and Lithuania.

In the document, MPs explicitly called the annexation ofthe  Crimea an occupation of part of Ukraine’s sovereign territory. “The deterioration of relations between nuclear-weapon states such as Russia and the United States or India and Pakistan, as well as Russia’s threats to use nuclear weapons or deploy them through a much wider area of Europe led to a growing escalation in the EU’s security sector,” the resolution stated.

The members of the European Parliament called on nuclear-weapon states to reduce the arsenal of nuclear weapons, relocate them from deployment sites to storage and reduce their role in the military doctrine. As outlined in the resolution, as of January 2016, nine countries including the United States, Russia, the United Kingdom, France, China, India, Pakistan and the Democratic People’s Republic of Korea had nearly 15,400 nuclear weapons.

On the 27th of July, the Minister of Defense of the Russian Federation, Sergey Shoygu stated during the board meeting of the Defense Ministry that a self-sufficient group of Russian troops was deployed in the territory ofthe  Crimea.

Moscow placed S-400 Triumf and Pantsir-S missile systems on combat duty on the annexed peninsula. The renewal of the Black Sea Fleet through new ships, aircraft and equipment continues.