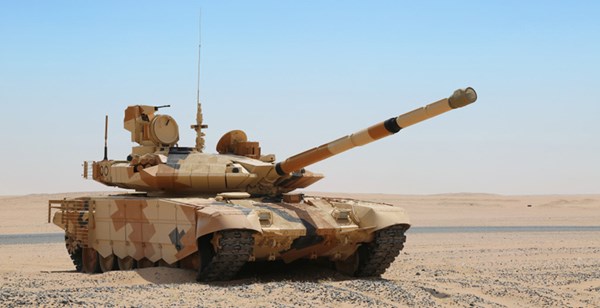 Vladimir Kozhin, the presidential aide for military-technical cooperation, told the Izvestia newspaper that Russia and Iraq have negotiated a contract on the supply of Russian T-90 tanks.

The deliveries were reported earlier in 2017 by UralVagonZavod, a tank manufacturing, research, and production corporation. According to the company, the first batch consists of 73 tanks.

"[It is] a decent contract for a large quantity; I can not name the specific amount, [but] the number [of tanks] is large," Kozhin told the publication.

According to the newspaper, the delivery of more than 70 tanks is only the first batch of equipment, and will be followed by others. Nevertheless, the Russian Federal Service for Military-Technical Cooperation, which the newspaper asked for comments, did not disclose the details of the deal.

Kozhin also said that Kuwait has a "big request" regarding the purchase of T-90, but that "dialogue on this contract is still ongoing."

The T-90MS is the newest export version of the T-90AM tank. The tank uses the same types of ammunition used in the T-90. In addition, the ammunition includes fragmentation shells with remote blast capabilities, which provides for a more effective fight against enemy manpower.