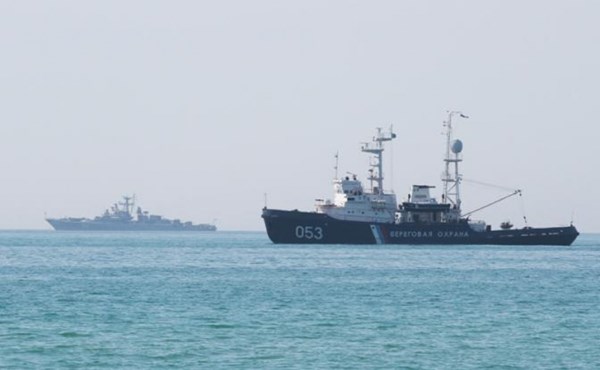 “In actual fact we have had almost 100 detentions since the end of April this year. We see that this is a deliberate policy by Russia, which is aimed at blocking activity in the Sea of Azov. Effectively, to destroy the economy of two sea ports – Berdiansk and Mariupol. And, of course, to cause an outflow through some kind of escalation of the regional instability. People will understand that they have lost jobs, have no salary, no traditional business, and this will play exclusively into the Kremlin’s hands,” the minister remarked.
Omelyan says that Ukraine intends to introduce corresponding sanctions, which is why he brought up this topic at the government session on July 11.

“I hope that the situation in the Sea of Azov, the crossing of the Kerch Strait, the Kerch bridge, will be considered at least by the NSDC (National Security and Defense Council of Ukraine), and we must unitedly advocate mirror measures against Russia. In my opinion, mirror measures could be sanctions primarily on Russia’s Black Sea ports, both from Ukraine, and from other states which, for some reason, have maintained trade agreements with Russia until now,” Omelyan observed.

The Border Guard Service of Ukraine reported previously that “the Russians have begun a strict policy of detaining and inspecting ships” passing through the Kerch Strait. According to the department’s report, since April 30, the Russian intelligence services have been stopping ships on a daily basis to inspect them and identify the crew.
The motorway part of the bridge over the Kerch strait was opened for light vehicle traffic on May 16. The railway part of the bridge has not yet been constructed.

Ukrainian President Petro Poroshenko said that the illegal construction of the Kerch Bridge and Russia’s annexation of Crimea are further evidence of the Kremlin’s disregard for international law.
The EU and the US have criticized the partial opening of the Kerch Bridge between Russia and annexed Crimea. Ukraine withdrew from an agreement with Russia on the construction of the bridge in 2014 – following Russia’s annexation of Crimea.