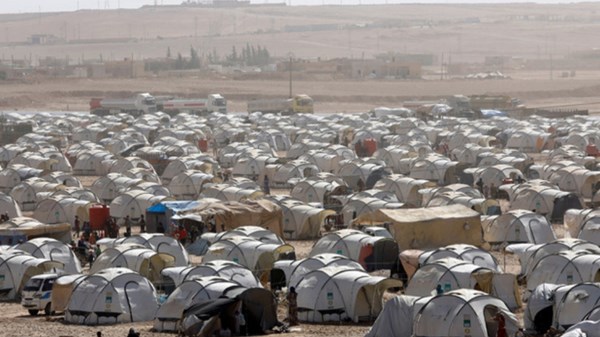 About 50 Russian women and their children have gone missing in Syria after they left the Ain Issa camp which has been used as a prison for families of Islamic State militants, reports the Russian service of the BBC.

According to the news agency, the camp which were previously controlled by the Kurdish militia was left without proper protection after Turkey launched a military operation on the border with Syria, and the Kurds had to leave their positions.

A few days after the camp was deserted, a video appeared on the Internet, in which, in an unknown location, several girls in niqabs call their names and say: "From Russia." According to the BBC, relatives have been searching for girls for a week.

One of the interlocutors of the agency said, referring to her daughter-in-law, who was in the camp, that after the beginning of the Turkish invasion, the Kurds set fire to the camp and left. The women and children living in the camp went towards the Turkish border. There, they encountered pro-Turkish troops, and then the contact with them was lost.

According to the Turkish Interior Ministry, over the past week Turkish authorities have detained 236 people from Kurdish camps for former ISIL accomplices. According to BBC, foreign nationals, including Russian citizens, were taken to camps in the northern Syrian province of Aleppo, which is under the control of forces loyal to Ankara.