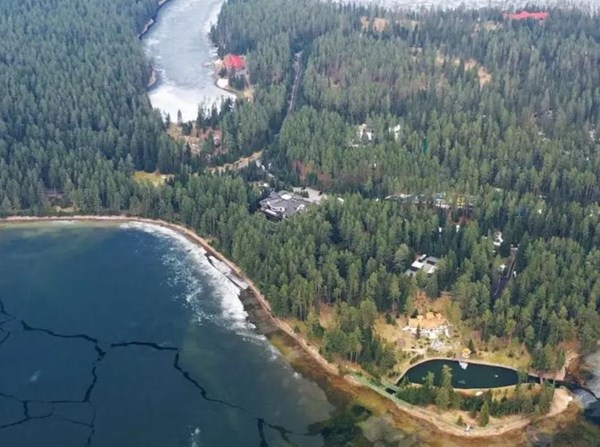 An air defense system was reportedly deployed in the Novgorod region near the residence of Russian president Vladimir Putin in the Lake Valdai area, reported the news outlet Agenstvo.

Journalists received from a local resident a photo taken in the village of Yashcherovo last week. The picture shows a Pantsir-S1 air defense system, which, according to the person who took it, was placed near the village "a few weeks ago." Similar air defense systems were also deployed in Moscow in recent days.

Agenstvo concluded that the air defense system appeared in Yashcherovo shortly after the attack of Ukrainian drones on Russian military airfields. The first attack on the air bases near Ryazan and Engels in the Saratov region took place on December 5.

Other residents of Yashcherovo and neighboring villages, whom the journalists spoke, confirmed the location of the air defense system. According to one of the interlocutors, the system is on combat duty. At least three servicemen are always constantly nearby, and the radar antenna is always moving.

Yashcherovo is one of the two nearest villages to the residence of the Russian president which stands on the shore of one of the lakes called Uzhin. There is a little more than six kilometers from Yashcherovo to Putin's residence.

The news outlet writes that Putin's Valdai residence, although called official, almost does not perform representative functions. "It is better known as a place of personal leisure for Putin, his relatives and friends. There, according to numerous testimonies, pop stars come to perform at Putin’s private parties. There, Putin often meets with VIP guests behind closed doors, " journalists say.

According to Agenstvo's sources, Putin visits Valdai "very often", "he loves" this place.

It is in Yashcherovo that people close to Putin, such as officers of the Federal Protective Service and heads of the presidential administration, settled on a permanent basis.

There is no critical infrastructure, strategic facilities, large businesses or large concentrations of military equipment and personnel in the area.

Agenstvo concludes that the most likely the Pantsir-S1 air defense system was deployed in the area to protect Russian president Vladimir Putin and his relatives.

In recent days multiple air defense systems also appeared on buildings in the center of Moscow and not far from the Rublevskoe Highway near the Russian capital.