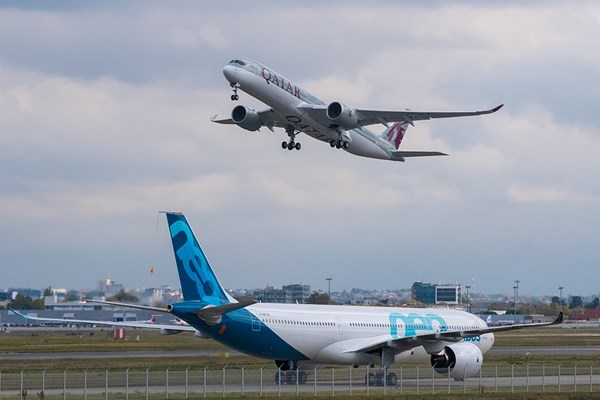 Airbus, the world’s largest commercial aircraft manufacturer, is calling on the West to avoid placing sanctions on Russian titanium, the Wall Street Journal reported. An estimated 65% of Airbus’ titanium comes from Russia.

Speaking at an aviation gathering in Doha, Qatar over the weekend, Airbus CEO Guillaume Faury told reporters “We think sanctioning titanium from Russia would be sanctioning ourselves… one of the few areas of business where it is in the interest of no party to disrupt the current situation.”

Meanwhile, Airbus’ main rival, Boeing, announced at the onset of Russia’s invasion of Ukraine that it would suspend its titanium joint venture in Russia and cease the purchase of metal from there. Boeing CEO David Calhoun said in April it was “in the spirit of doing the right thing.” Prior to the war, Boeing acquired approximately 1/3rd of its titanium from Russia.

Airbus gets its Russian titanium from VSMPO-Avisma PJSC, which is partly owned by Russian defense firm Rostec. Rostec manufactures arms for the Russian military. The company is led by Sergey Chemezov, a sanctioned oligarch and close associate of Russian President Vladimir Putin. Sanctions have been applied to Rostec, but not VSMPO.

The main problem for Airbus is that the process for approving new suppliers and components can take between 18 and 24 months.

Airbus said it is looking for new titanium sources in the US and Asia.