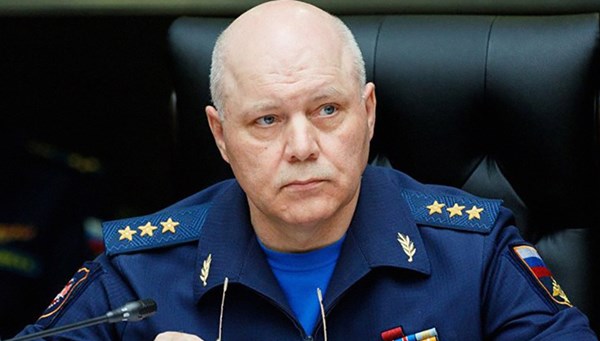 For the second time in three years, the head of Russia’s Main Intelligence Directorate (GRU) has died. According to the official explanation, Colonel General Igor Korobov died after a “severe and lengthy illness”. However, several sources in the media believe that his health only started to deteriorate after he was taken to task by Vladimir Putin.

Igor Korobov was appointed head of the GRU in January 2016, replacing the recently deceased Igor Sergun.

During his time in the position, Korobov did not feature frequently in the media, aside from reports that he and his deputy had been placed under US sanctions in December 2016 for allegedly meddling in US presidential elections.

In February 2018, Despite the restrictions, for the first time in history Korobov and the heads of Russia’s Federal Security Service (FSB) and Foreign Intelligence Service (SVR) traveled to Washington to meet with the heads of US intelligence to discuss the fight against terrorism.

The late GRU chief made no comment on the massive scandal surrounding the poisoning of Russian double-agent Sergey Skripal and his daughter in Salisbury, England. The GRU did not respond to the investigation by The Insider and Bellingcat which identified Alexander Petrov and Ruslan Boshirov, the UK’s prime suspects in the Skripal poisoning case, as GRU agents Alexander Mishkin and Anatoly Chepiga.

Korobov’s death came as a surprise to the media, especially in light of the enigmatic death of previous GRU chief Igor Sergun less than three years earlier.

According to the official report, Sergun died at the FSB’s Moskvich holiday house on the outskirts of Moscow due to an unexpected heart attack. However, investigators from the intelligence company Stratfor claim that the GRU chief actually died in Lebanon, and that the official story was merely a cover up by the Kremlin.

“If the report that he died in Lebanon is correct, then questions arise about what Sergun was doing in the country, which is a hot spot for all the world’s intelligence agencies, and why the Kremlin is covering up the fact that he died abroad,” Stratfor wrote.

Russian journalist Sergey Kanev reported in September 2018 that Korobov had become ill after being reprimanded by Russian President Vladimir Putin.

“It’s not impossible that by the end of the year Korobov will be removed from the position, and that Leningrad-born General Sergey Gizunov will replace him,” Kanev wrote at the time.