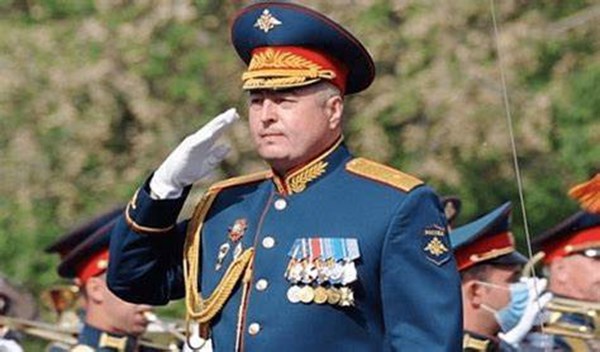 Another Russian general has been killed in Ukraine, Russian state media has reported.

General Roman Kutuzov was killed during a battle in the eastern Donbas region of Ukraine.

"The commander of the 1st Army Corps of the Donetsk People's Republic, Major-General Roman Kutuzov, has been officially de-Nazified and demilitarized," Ukraine's armed forces said in a statement on social media. The post pokes fun at the Kremlin’s rhetoric that the “special military operation” in Ukraine is aimed at “de-Nazifying and demilitarizing Ukraine.”

Alexander Sladkov, a war correspondent for state-owned Russian media, wrote on Telegram that, “The general had led soldiers into attack, as if there are not enough colonels. On the other hand, Roman was a commander like everyone else, albeit with a higher rank."

Forces of the self-proclaimed Donetsk People’s Republic wrote on social media that "The tragedy occurred in the village of Nikolaevka Popasnyansky district. Yes, it happens, generals also die in war. But unlike Ukrainian commanders, they are not cowards, do not abandon subordinates and do not hide hundreds of kilometers from the front line."

Prior to being deployed to the so-called DPR, Kutuzov served as chief of staff of the 29th combined-arms army of the Eastern Military District of Russia.

The presence of high-ranking Russian officers on the front lines baffles many. Russian military command hierarchy is centralized and allows for decision-making authority only at the highest levels. The absence of a strong mid-level officer corps has forced many Russian generals to make risky trips to the front line to solve problems that, in decentralized western militaries, would normally be solved by senior enlisted personnel and junior officers.