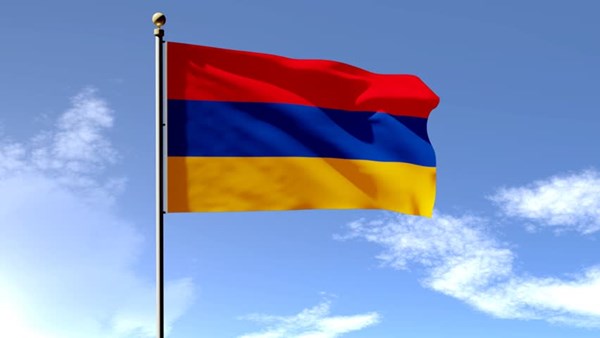 The Armenian government, headed by Nikol Pashinyan, has begun a large-scale fight against corruption and the country’s shadow economy. The highest profile investigation is the Manvel Grigoryan case, DW reports.

On June 19, the Armenian parliament removed the parliamentary immunity of Lieutenant-General Manvel Grigoryan, head of the former ruling Republican Party. The prosecutor general’s office was given the go-ahead to file a criminal case against him and to arrest him as a means of restraint.

Entire arsenals of weapons were discovered during the searches of Grigoryan’s mansion and country house – mines, grenades, dynamite, machine guns, thousands of rounds of various calibers of ammunition. In just the two locations, the National Security Service (SNB) found 33 vehicles, including a Rolls Royce, Toyota, Hummer, off-road vehicles, snowmobiles, as well as collectible cars and even an ambulance and military vehicles. Tens of millions of Armenian drams and hundreds of thousands of US dollars in cash were confiscated.

In the houses belonging to the general, who served as deputy defense minister of Armenia between 2000 and 2008, the NSS found hundreds of crates containing food, medicine, military uniforms including socks, boots and linen, which were intended for soldiers during the armed encounters between divisions of the self-declared Nagorno-Karabakh and the Azerbaijani army in April 2016. Many crates of condensed milk and canned goods were found to contain letters to soldiers from school children. The general had evidently misappropriated humanitarian aid.

According to Ashot Melikyan, chairman of the Committee for the Protection of Freedom of Speech, it is unthinkable that the former government was unaware of Grigoryan’s illegal activity. Not only was he an MP from the ruling Republican Party, he also made his son mayor of Vagharshapat after formally held elections.

“Gradually the general took over all of the profitable business in the city and the neighboring areas, established his own order, and it didn’t occur to anyone to try to bring him to justice – Grigoryan publicly disposed of people who went against his rules,” Melikyan observed.

In Melikyan’s opinion, the first denunciations in Armenia inspire hope that now the fight against corruption is not merely declarative cosmetic measures, but rather a long-term program to eradicate it.

In addition, the SNB reported that it had uncovered a major corruption scheme which the major supermarkets of the Yerevan City retail network had been using to evade taxes for years. It turned out that the major companies had registered hundreds of small, fake individual companies and registered the product turnover with them, in order to pay 2% turnover tax instead of 20% VAT. The major businessmen attempted to boycott the actions of the authorities, inflating prices, but gave up this idea after the prime minister urged people to boycott the shopping centers themselves, DW observes.

SNB staff also explained that the company Norfolk Consulting, which works with cargo transport and the customs clearance of cargo, failed to pay the state budget $7 million. According to the investigation, it frequently neglected to take goods imported into Armenia through customs. This reduced the tax base, and created unequal competitive conditions for the citizens who imported the same goods themselves. The arrested directors of Norfolk Consulting have pledged to return all the illegally acquired sums.

A criminal case has also been filed against the Yerevan fund, which operates under the city mayor’s office. The investigation notes that for all contracts, opening of businesses, and sales or purchases of property, the deal participants agreed to pay a certain amount into the fund, much of which was simply misappropriated by officials.

With regard to current developments in Armenia, Prime Minister Pashinyan said that he does not intend to reach a compromise: “I did not become prime minister in order to think day and night about keeping the position, but to completely and wholeheartedly justify the people’s trust. The people gave me this mandate in order to establish the rule of law in the country and eliminate corruption”. The prime minister gave his assurance that he has one goal: “Armenia must become a country free from corruption”.