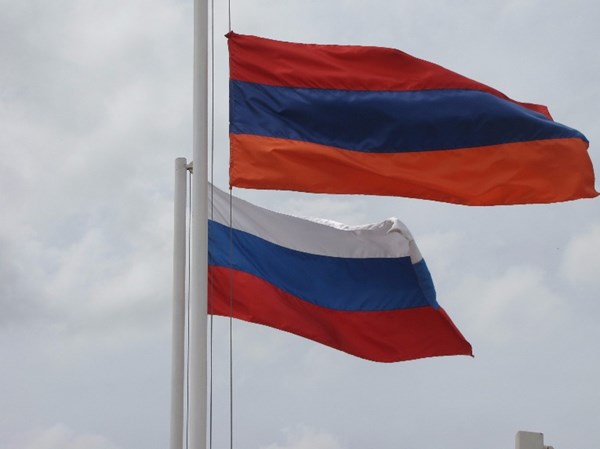 Artsrun Hovhannisyan, the press secretary of Defense Ministry told Interfax that Armenia has no intention of revising the status of Russian border guards serving on the country’s border with Turkey and Iran.

"The minister talked about certain legal clarifications and technical details only with the aim of improving and developing [the agreement on the Russian military base]," Hovhannisyan explained to Interfax.

Earlier, Armnews and other Armenian media published the statement of Defense Minister David Tonoyan, in which he considered changing the status of Russian border guards, which was established in the Yerevan-Moscow agreement of 1995.

The minister singled out an incident in Panik village of Shirak province that happened on July 18th. The Russian military conducted live-fire exercises without warning and so spread panic among the locals. In the end, a command of the 102nd Russian military base tendered an apology to the Armenian authorities.

The Yerevan-Moscow agreement establishes the same border protection system with Turkey and Iran as it did during the Soviet era. More than four thousand Russian border guards are serving in Armenia, maintained by the governments of both countries.

The 102nd Russian military base has been situated in Armenia since 1995 under the same treaty. The 102nd fields mainly S-300 anti-air defense systems and interceptor aircraft. Russian border guards have also served at the Tajikistan-Afghanistan border from the collapse of the Soviet Union up to 2005.