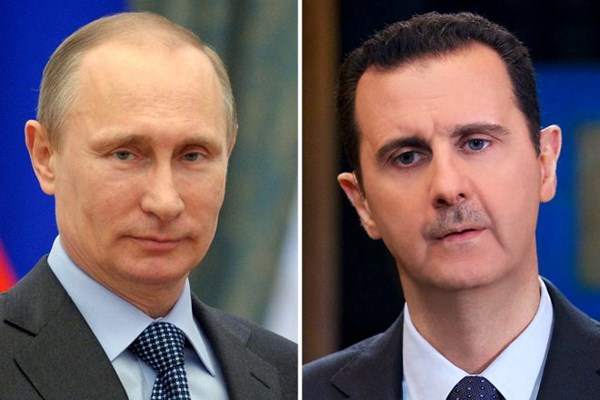 Syrian President Bashar al-Assad sent his Russian colleague Vladimir Putin a telegram expressing his condolences in connection with downing of the Russian Il-20 aircraft over the Mediterranean Sea and the death of its crew. The letter was published in an article by the Syrian Arab News Agency.

“On my own behalf and on behalf of the Syrian nation, I express to you and to the friendly Russian nation my deepest sympathy concerning the incident of the crashing of the Russian Il-20 military plane into the waters of the Mediterranean Sea, which led to the martyrdom of the heroic Russian soldiers who were carrying out their noble duties with their comrades in the Russian military forces in the fight against terrorism in Syria,” the telegram reads.

“This regrettable incident,” the Syrian President’s message continues, “is the result of the usual Israeli impudence and rowdiness, who always use the filthiest means to achieve their unsavory goals and enact their hostility in our region.”

“We have the utmost confidence that such a tragic incident will not deter you or us from continuing the fight against terrorism, in which the blood of our and your heroic soldiers is mixed, the latest of them being the martyrs of the Il-20 aircraft,” Assad’s telegram concludes.

Assad’s telegram was sent after Kremlin spokesperson Dmitry Peskov told reporters that the Syrian leader had not phoned Putin after the incident. According to Peskov, the Russian President is guided in his appraisal of the situation first and foremost by the information he receives from the Russian Defense Ministry.

According to the Russian military department, the Russian surveillance aircraft was shot down on the evening of 17 September over the Mediterranean Sea during an Israeli airstrike against Syria. The Russian plane was downed by a Russian-made S-200 anti-air defense system operated by the Syrian military. All 15 of the Il-20’s flight crew members were killed. Moscow initially blamed Israel for the catastrophe, claiming that the attacking Israeli pilots put the Russian plane in the line of fire and created a dangerous situation.

The Israel Defense Force responded that indiscriminate firing by the Syrian anti-air defense systems was to blame. The Russian plane was shot down while returning to Russia’s Khmeimim Airbase. The crew were attempting to identify the location where Syrian rebels had been amassing and storing drones.

Putin later referred to the incident as a “series of tragic accidents”. In a phone call with Israeli Prime Minister Benjamin Netanyahu, Putin accused Israel of not abiding by the bilateral agreement to prevent dangerous incidents in Syria.