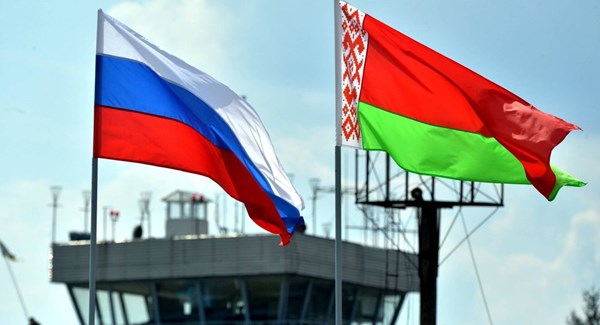 The Belarusian authorities, even under tough Western sanctions, continue to delay integration with Russia.

It will take 4-6 years to implement all “Union State” programs that have been prepared and are expected to be approved this year, First Deputy Prime Minister of Belarus Nikolai Snopkov said on Belarus-1 TV channel.

The 28 union programs, which are part of the integration roadmaps and cover areas from tax synchronization to energy prices, should be the central theme of the visit of Belarusian President Alexander Lukashenko to Moscow on September 9.

According to Snopkov, consensus on all programs has already been reached. However, their implementation is impossible in a short time.

"Collectively, we expect to implement almost all programs by 2025," he said, adding that for several more complex elements, the deadline is slightly longer - 2027.

"But they are, let’s say, not critical," Snopkov stressed, without specifying what kind of programs these are.

Previously, the stumbling block for Alexander Lukashenko was the opportunity to print his own currency. Because of his refusal to hand over the emission center to Russia, the previous attempt at a "merger", which was made two years ago, collapsed.

By this time, according to the roadmap signed by the then prime ministers Dmitry Medvedev and Sergei Rumas, Russia and Belarus were supposed to adopt a common Tax Code, move to a single customs policy, introduce a unified foreign trade regime and accounting, as well as bring together the norms of banking supervision and create a regulatory body of a single energy market.

However, the issue of a single currency was perceived by Lukashenko with hostility. He refused to switch to the Russian ruble, demanding that the emission center be created "on equal terms." But this was unacceptable for Russia with GDP 24 times bigger than the Belarusian one.

The protests of 2020, which nearly toppled Lukashenko's regime and cut it off from the civilized world with sanctions and currency restrictions, reduced room for maneuver. Belarus is in dire need of Russian money, having lost the opportunity to refinance external debt and receive currency from the export of petroleum products to the EU.

But "future financial support from Russia may depend on political concessions from the Republic of Belarus, which may be unacceptable for the latter," analysts of the international rating agency S&P write.

The "X hour" for Lukashenka will come in early 2023, when the government of Belarus will have the first major repayment of the external public debt amounting to $ 0.8 billion.

In total, Minsk has 18.1 billion dollars of external liabilities, despite the fact that the reserves of the Central Bank of Belarus are only 7.8 billion, and of this amount, only $ 3.3 billion are in foreign currency, and the bulk is held in gold and illiquid assets.