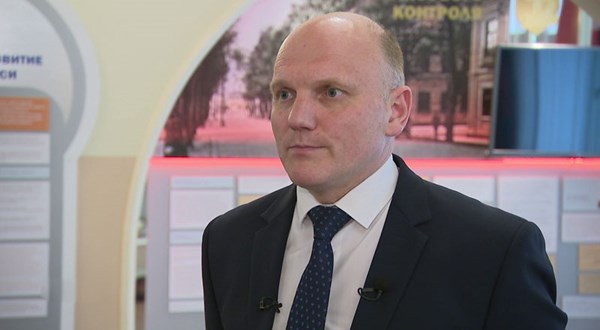 The head of the State Security Committee of Belarus Ivan Tertel said that during the trial of former presidential candidate Viktar Babaryka, the scheme of Russian interference in the presidential elections will be shown, Nasha Niva reports.

According to the head of the special services of the self-proclaimed President Alexander Lukashenko, one of the reasons for the current political crisis in the country are economic problems.

"We have questions with Russia about the price of oil. You remember that we had to work on domestic raw materials for two months. Gas prices also," he said.

As a result, the head of the KGB said, a "hard scenario of the "color revolution" was implemented, to which the regime was supposedly ready.

"We knew there would be a man from the banking environment, I'm not going to say who was behind it, but we all know about it," he added.

Stressing that negotiations are underway to reduce gas prices, Tertel stated that "everything is not so simple".

"You will see the Russian puppeteers, when comrade Babaryka goes to court, all this will be public and open," he concluded.

Viktar Babaryka and his son Edward were detained on June 18. The Belarusian State Control Committee called him an "organizer of illegal activities." At that time, he was considered the main opponent of Alexander Lukashenko.