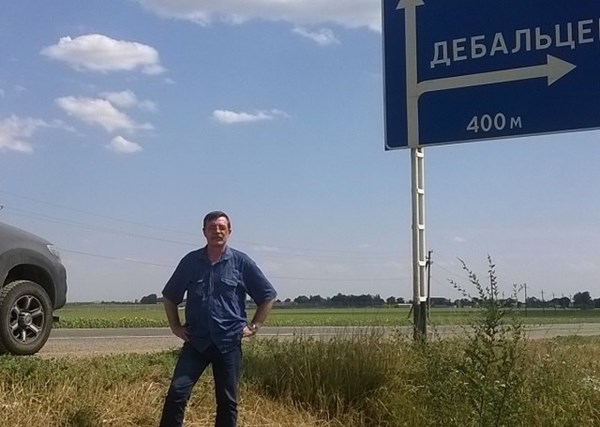 The former commander of the Donetsk People’s Republic (DPR), Igor Bezler, known as “Bes,” returned to the uncontrolled part of Donbas, as shown in a photo he posted on VKontakte social network.

The Novosti Donbasa (News of Donbas) news outlet reported that the photo was posted on the page of Bezler’s wife Angelika. Bezler himself also posts on her account.
In one of the photos, Bezler is standing next to a sign that says “Debaltseve.” The other photos show the Gorlovsky Machine Building Plant.

In the post under the photo, the former commander of the DPR militia wrote about the accusations made by the head of the DPR Alexander Zakharchenko and the “mayor” of Horlivka, Ivan Prykhodko that he allegedly managed to sell all machinery with CNC personally to Akhmetov in 2014 and led the gang of the SBU personnel and transferred this machinery to Kharkiv.
“Well, I had to go and make sure that everything was there, as it was on the day I left. Picture below. The photos are from Gormash, from the shops, I have more than 300. It’s strange. Everything is there. And not in Kharkiv,” Bezler wrote.

Bezler led the Horlivka insurgents from the spring to the autumn of 2014. On November 1, 2014, one of the militant leaders, Igor Girkin (Strelkov,) said that Bezler “resigned and is in reserve, on the Crimean peninsula. ”The day before, the Prosecutor General’s Office of Ukraine charged Bezler and Girkin with willful killing and torture.