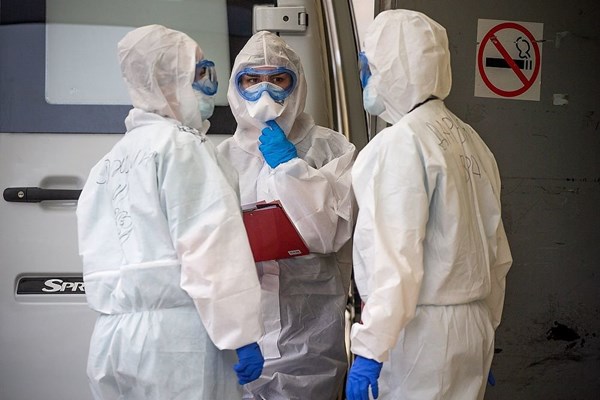 Russian military specialists, who were invited to Bosnia and Herzegovina to help combat the spread of coronavirus, were unable to enter the country. Security Minister Fahrudin Radončić did not give permission to cross the border, according to the ministry's website.

On April 30, the Ministry of Foreign Affairs of Bosnia and Herzegovina informed the Ministry of Security of a note received from the Russian Embassy. In it, the Russian side requested permission to enter for 24 members of the medical team and five units of special equipment to help the hospital in Mostar.

After receiving the appeal of the Foreign Ministry, Radoncic discussed the situation with Defense Minister Sifet Podžić. After that, the Ministry of Defense sent a conclusion to the Foreign Ministry, which said that since it is a military unit, only the Presidency of Bosnia and Herzegovina (the collective body of the country's executive branch) can decide whether to allow it to enter the country.

The Ministry of Security decided not to challenge the position of the Ministry of Defense, "because, in the end, it is no allowed by law," the ministry said in a statement. They said that the issue falls within the jurisdiction of the Presidency, so the Ministry of Security did not give the border guards instructions to allow Russian convoy to enter the country. The ministry stressed that the refusal to let the Russians in "does not show any evasion of responsibilities or fear, but full respect for the institutions of Bosnia and Herzegovina."

The Russian Defense Ministry decided to send military personnel to the country to fight COVID-19 in early April. According to Russian officials, this was done after the appeal of the leadership of the Republika Srpska (part of Bosnia and Herzegovina). The servicemen and special equipment were to be transferred to the country by three Flights of Il-76.

According to Johns Hopkins University, as of 2 May, 1,781 cases of infection had been confirmed in Bosnia and Herzegovina and 70 had died.