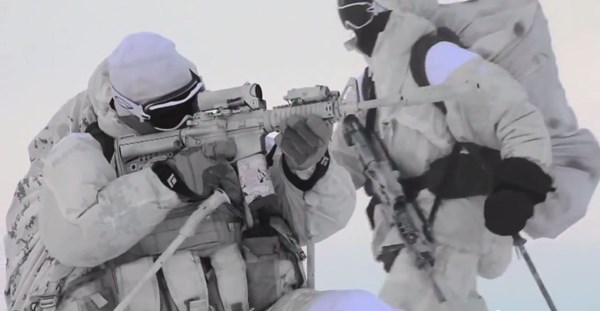 A small contingent of Canadian Special Operations Regiment has been sent to Ukraine, reports Global News channel, citing sources. According to Global News, the Canadian military flew to Ukraine on January 9.

Global News’ sources said that the presence of the Canadian military “is part of an attempt by NATO allies to deter Russian aggression in Ukraine, and to identify ways to assist the Ukrainian government”.

Among other tasks of the Canadian special forces is the development and implementation of a plan for the evacuation of Canadian diplomats in the event of an escalation in the region.

The Canadian Defense Ministry did not confirm the fact of sending the military to Ukraine.

A spokesman for the Canadian Army's Special Operations Command said special forces have been conducting training missions in Ukraine since 2020.

On January 17, the Canadian Ministry of Foreign Affairs recommended that Canadians refrain from visiting Ukraine because of imminent "Russian aggression".

Canadian Foreign Minister Melanie Joly has been on an official visit to Ukraine. She met with Prime Minister of Ukraine Denys Shmygal and Ukrainian Foreign Minister Dmytro Kuleba. The key topic of the talks, according to the UNIAN news agency, were "countering Russian aggression, consolidating further steps to deter Russia, strengthening Ukraine's security sector."

On January 17, German Foreign Minister Annalena Berbok began her visit to Ukraine. After that, she will go to Moscow. A bipartisan delegation of the US Congress is currently also in Kyiv.

The visits take place shortly after the negotiations of the United States, the OSCE and NATO with representatives of the Russian Federation regarding the so-called "security guarantees" demanded by Russia.